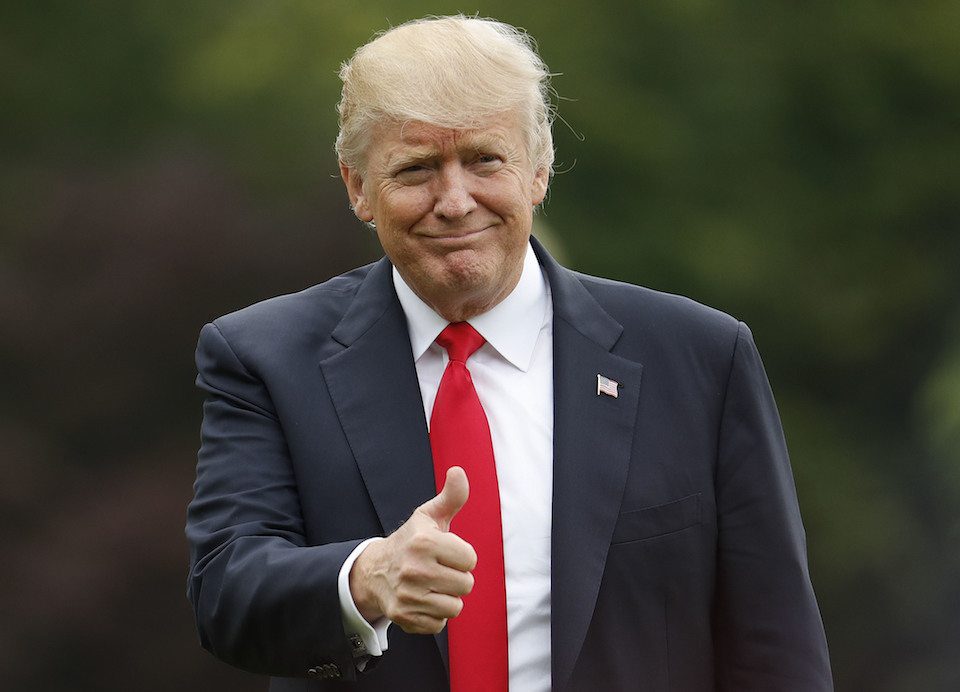 Donald Trump made a big push for Virginia gubernatorial nominee Ed Gillespie's victory after he launched a new ad campaign embracing overt racism.

Virginia gubernatorial nominee Ed Gillespie's decision to ramp up his campaign's racism in the final weeks before Election Day has earned the approval of one very influential fan: Donald Trump.

Trump praised Gillespie's embrace of racism in a tweet, hailing the former lobbyist as someone who "might even save our great statues/heritage" and "be a great Governor of Virginia."

Gillespie is originally from New Jersey. Trump was born in New York City. The shared "heritage" between Trump, Gillespie, and Confederate monuments is simply white supremacy, and nothing more.

Trump's tweet came after Gillespie released an ad vowing to preserve statues erected in Virginia to honor the traitors who waged war on the United States to preserve slavery.

Gillespie's Democratic rival, Lt. Gov. Ralph Northam, has called for the homages to the ownership of human beings to be removed.

On paper, Gillespie is supposed to be the kind of character Trump opposes. Gillespie was a lobbyist on behalf of big banks, big tobacco, big energy, and big pharma. He even lobbied on behalf of his corporate clients while working in the George W. Bush administration.

But Gillespie's increasingly racist campaign is apparently sufficient to outweigh his establishment record with Trump, who clearly sees an ally in the Virginia candidate. It also shows, like Trump's corrupt Cabinet and administration, his rhetoric about "draining the swamp" is just words. He is the biggest ally the swamp has ever had.

A new ad from Latino Victory calls out Gillespie for his advertising, which has mined the gutter for content.

Despite his ads, Gillespie has a problem with being connected to Trump. The Washington Post recently reported that he "was visibly irritated when asked about Trump" and has refrained from mentioning him during public appearances.

He desperately asked a reporter, "Can we go off the record?" when Trump's endorsement of him came up as a topic.

Polling has shown that Trump is as unpopular in Virginia as he is nationwide, with 56 percent in Gallup's polling disapproving of the job he has done. A majority of Virginia voters supported Secretary Hillary Clinton in 2016, Democratic Gov. Terry McAuliffe in 2013, and President Barack Obama in 2012 and 2008.

The race is close, and Virginia voters will have to decide if they will vote to endorse the explicitly white supremacist message of Trump/Gillespie, or choose a more inclusive and modern path.