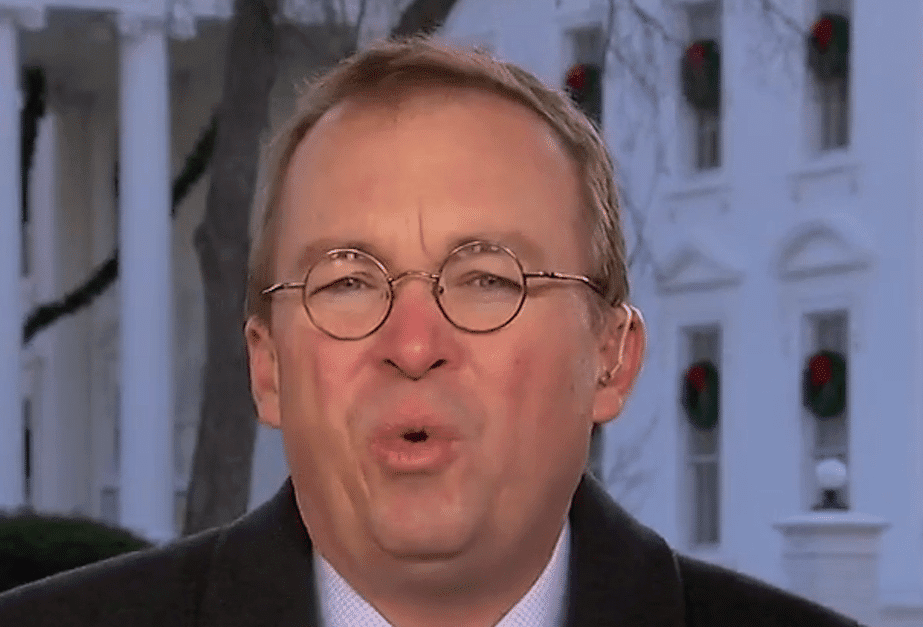 Mick Mulvaney, acting chief of staff for Trump Fox News
Get The American Independent in your inbox

Trump's acting chief of staff Mick Mulvaney went on Jake Tapper's "State of the Union" on Sunday to move the goalposts on Trump's wrongdoing yet again.

But, according to Mulvaney, "the issue is not whether it is ethical."

Of course, Mulvaney doesn't want Congress to determine if Trump's behavior was ethical. He says that "the voters are going to decide about the ethics and morality of the people they vote for on either side."

Mulvaney is staking out a position that there's no role for the checks and balances of the legislature on the president. Indeed, Mulvaney said that all the committees should do is "review the functioning of government." That's a peculiarly narrow view of the role of government.

He also went on to complain about Schiff doing his job in Congress, demanding that Trump provide an accounting of his behavior during the campaign and his entanglements with Russia. Those things actually do affect the functioning of the government, even if Mulvaney wants people to believe that's the case.

It isn't surprising that Mulvaney doesn't care about the ethics of Trump's behavior when his own behavior is so abysmal. He's the person that bragged he thought it would be "kind of cool" to be the one to shut down the government. He's happy to let payday lenders charge criminally exorbitant interest rates and target their loans at active-duty troops and veterans. He defanged the Consumer Finance Protection Bureau (CFPB) and settled with predatory banks for next to nothing. He's not a person who is interested in doing the right thing.

It's telling that, during his Tapper interview, Mulvaney didn't even try to tackle whether Trump's behavior is immoral, unpatriotic, or corrupt. That's because we all know it is.