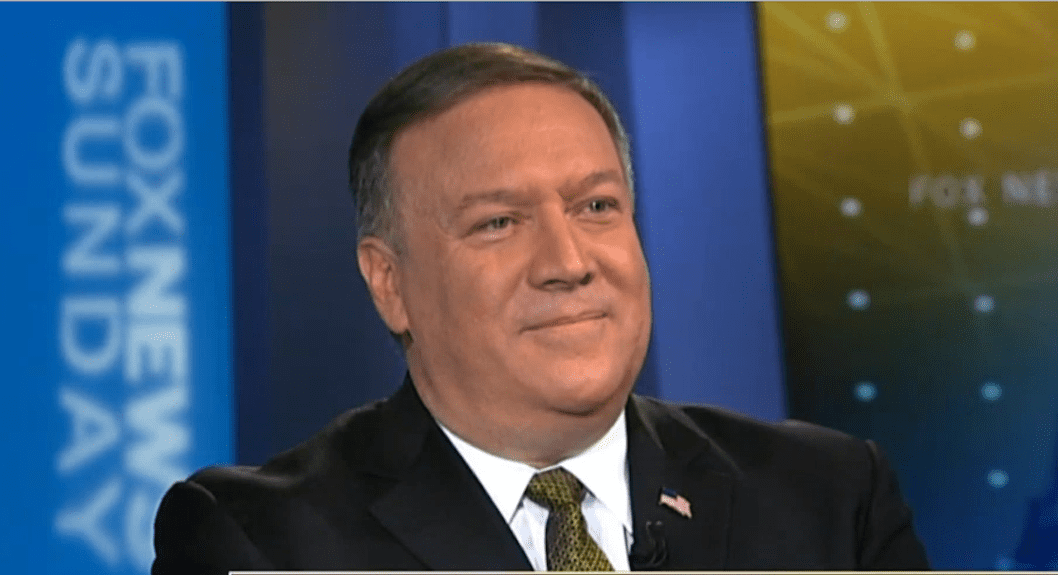 FOX News
Get The American Independent in your inbox

Not everyone lies as easily as Trump.

Trump's favorite lie is that there was "no collusion" between his campaign and the Russians to influence the 2016 election. But his own CIA director can't back that up.

In an interview on "Fox News Sunday" this weekend, substitute host John Roberts noted Trump's fondness for this lie. Roberts asked CIA Director Mike Pompeo "Has the CIA uncovered any intelligence that would suggest the Trump campaign did collude with Russia on trying to influence the election?"

"John, there are multiple investigations taking place," Pompeo said. "The CIA and the White House have cooperated with those investigations, I don't have anything to add to that discussion."

What's remarkable about Pompeo's non-denial is that he offered no explanation. Denying evidence of collusion should not entail revealing classified information.

There has actually been evidence of collusion for quite a long time. But Pompeo's response underscores a very disturbing truth for Trump.

The Russia probe began as a counterintelligence investigation. As CIA director, Pompeo has access to all kinds of counterintelligence information. Whatever is constraining Pompeo from defending Trump, whether duty to his job or an unwillingness to expose himself by lying, will eventually become a factor for every Trump official.

The pressure from the Mueller probe will only continue to mount. If Pompeo won't defend Trump now, who will defend him when push really comes to shove?