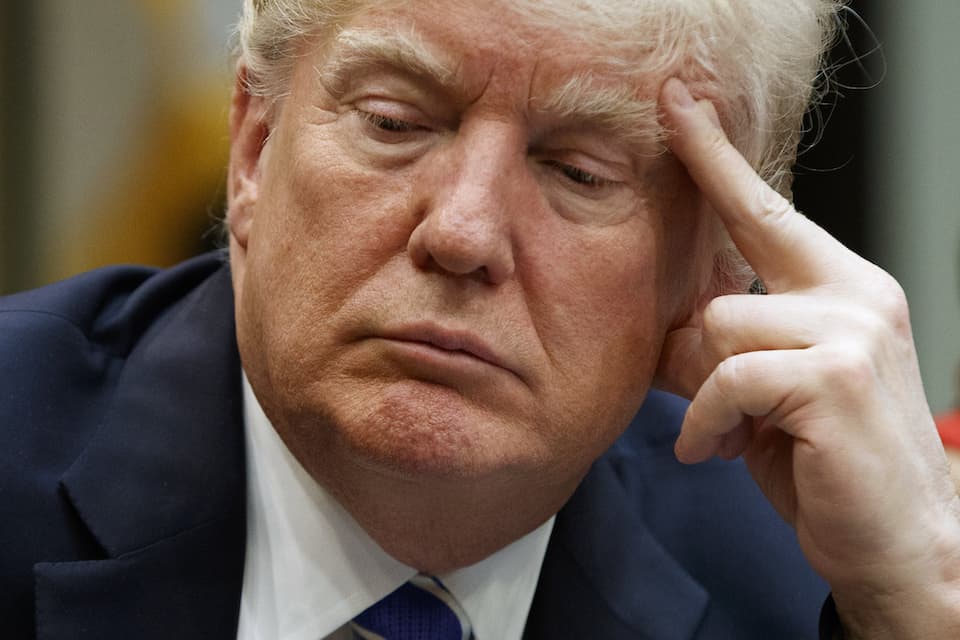 Donald Trump continues to crash in approval polling. He is now less popular than George W. Bush was at the height of Hurricane Katrina — and he is way behind President Obama.

Donald Trump continues to tank in national polls, with the latest result from Gallup showing him at a mediocre 36 percent approval rating.

For comparison, George W. Bush's approval rating as Hurricane Katrina hit and as the aftermath of his mismanagement of the natural disaster dominated headlines ranged between 38-43 percent. Trump is currently where Bush was during the beginnings of the global economic crisis and the Bush recession.

On the other hand, President Obama left office with a 59 percent approval rating, and averaged 47.9 percent over his two terms in office. In Gallup's polling, Obama never polled as low as Trump is right now.

After being bested by Hillary Clinton in the popular vote by 3 million votes, Trump entered office with a 41 percent approval rating, which made him the most unpopular new president in U.S. history.

Trump is under FBI investigation, had his health care initiative fail spectacularly, and has done nothing for the American people while enriching himself and his family. This basement-level approval rating is the natural result, as Trump continues to lose on multiple fronts.