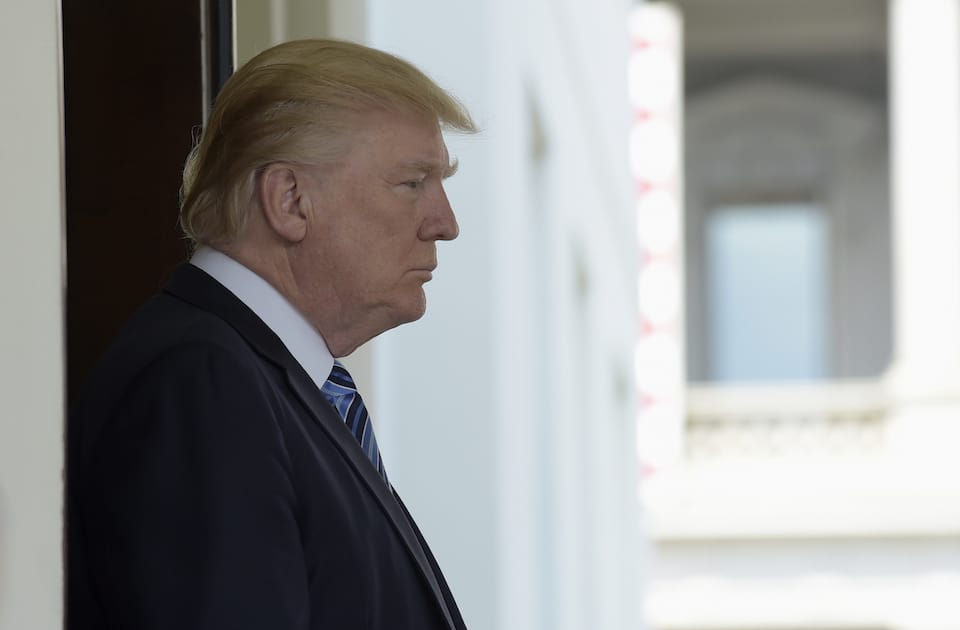 Far from being a "nothingburger" or "hoax," Donald Trump's collusion with Russia is an extremely serious matter.

As the investigation into Donald Trump's ties to Russia heats up, his supporters are taking to the internet to assert that Trump's campaign did not collude with Russia -- and even more remarkably, that collusion with Russia is not a crime. Those assertions are simply not correct.

The testimony of former FBI Director James Comey made it clear that the definition for collusion is much broader than pro-Trump pundits would want us to believe -- and legal experts have weighed in that by meeting that definition, the Trump campaign broke laws.

Your standard right-wing denial of collusion is based on the argument that the Trump campaign did not conspire with the Russian government to hack and leak documents from individuals associated with the Democratic Party. Reporting from the Wall Street Journal and Lawfare suggest that it's entirely possible they did, but Comey's testimony makes it clear that the FBI and Department of Justice are actually investigating a much broader definition.

To start with, collusion is not a legal term. Former FBI Director James Comey explained this to the House Intelligence Committee in March:

QUIGLEY: And can you explain and elaborate how this sort of — problems with defining what collusion is -- the differences that might be involved with explicit or implicit collusion?

COMEY: Collusion is not a term, a legal term of art and it's one I haven't used here today, as we're investigating to see whether there was any coordination between people associated with the campaign...

The word collusion is also routinely used incorrectly by many people, to imply that the FBI or DOJ are merely investigating the possibility of an upfront conspiracy between individuals associated with the Trump campaign and the Russian government.

Comey said that coordination could include cases where someone merely took actions to “help a foreign nation state,” which could involve supporting, aiding, or abetting the actions of Russia:

COMEY: I guess implicit, I — I would think of it as knowing or unknowing. You can do things to help a foreign nation state, as I said, without realizing that you're dealing with. You think you're helping a buddy, who's a researcher at a university in China and what you're actually doing is passing information that ends up with the Chinese government. That's unwitting, I don't know whether it's same as your implicit. Explicit would be, you know, I'm sending this stuff to this researcher in China and I'm doing it because I wanna help the Chinese government and I know he's hooked up with the Chinese.

Links or coordination by way of financial transactions is also directly relevant to this investigation. Comey confirmed that financial entanglements might be one mechanism by which a someone under investigation could be influenced by a foreign entity:

SWALWELL: I want talk about the Kremlin playbook and there are a number of ways that a foreign adversary can seek to influence a person, do you agree with that?

COMEY: Yes, that can be one.

The ability of investigators to get to the truth rests on all entities being truthful about pertinent facts and not attempting in any way to obstruct justice.

For example, it’s worth recalling that Lewis “Scooter” Libby, the chief of staff to former Vice President Dick Cheney, was convicted not for the underlying crime that was being investigated — namely, the illegal disclosure of the classified identity of a CIA official — but for false statements, perjury, and obstruction of justice in relation to the underlying investigation.

After Comey was fired by Trump, he testified to the Senate Select Committee on Intelligence that special counsel Robert Mueller would have to look into whether there was any attempt to obstruct justice:

MANCHIN: Do you believe this will rise to obstruction of justice?

COMEY: I don’t know. That — that’s Bob Mueller’s job to sort that out.

So, when we look at Comey’s public statements, it is obvious that the FBI and DOJ are not merely investigating the question of an upfront conspiracy.

In fact, the investigation involves multiple related elements that are all integrally tied to the question of links and coordination with Russia.

Based on the more comprehensive notion of “collusion” as discussed above, it becomes obvious that regardless of legality, Trump's campaign, and possibly Trump himself, colluded with the Russian government. For instance, even setting aside the possibility of a deeper conspiracy, Trump and/or his senior campaign aides:

1. Had numerous links and communications with entities tied to the Russian government, both during the 2016 election campaign and prior to Trump’s inauguration;

2. Repeatedly lied about, intentionally hid, and failed to disclose many of their communications with entities tied to Russia;

5. Actively aided Russia in denying their role in the hacking and leaking, by downplaying and dismissing compelling evidence showing Russia interfered in the election, blaming the victims of hacking, and claiming that the story was a hoax or that the hackers might not have been Russian;

6. Expressed little or no interest in condemning, learning about, or taking actions to prevent Russian interference and instead repeatedly attacked the United States intelligence community;

8. Failed to disclose income from entities linked to the Russian government, as in the case of former National Security Adviser Michael Flynn, or to properly disclose work done as a foreign agent for a Russia-friendly party in Ukraine, as in the case of Trump's former campaign manager Paul Manafort; and

9. Fired former FBI Director James Comey over the Russia inquiry and bragged about that to senior Russian diplomats.

This pattern of behavior provides substantial reason to believe that the Trump campaign colluded with the Russian government to make the Russian interference against Clinton and Democrats successful.

The question isn't whether collusion under Comey's definition took place, the question is whether Trump's team broke laws doing it.

With investigations in progress, we don’t know about any material non-public information that could lead the special counsel to conclude that a crime was committed. However, based on publicly available information, there is evidence to suggest that some laws were likely broken.

Legal expert and former Obama White House counsel Bob Bauer has pointed out that foreign entities are explicitly prohibited from contributing money or any “thing of value” in a U.S. election.

Bauer also explained why the same law forbids Americans from providing “substantial assistance” to foreign entities that illegally interfere in U.S. elections. Based on their actions, it is reasonable to conclude that Trump and some of his campaign aides provided substantial assistance to Russia during 2016.

Although Trump and his supporters insist they did nothing wrong because there is no public proof of upfront conspiracy with Russia, as Bauer has recently discussed, the crime of "aiding and abetting" does not require the presence of conspiracy or any upfront agreement.

The implication is that the Trump campaign’s strong support for Russian criminal activity likely puts them in legal jeopardy. For instance, if Russian entities are indicted for criminal violations of campaign finance laws, it is reasonable to argue, as Bauer did, that Trump aided and abetted those crimes.

In addition, members of Trump's team have been proven to make false statements in the course of their dealings with Russia. Trump’s son-in-law and adviser, Jared Kushner, and Attorney General Jeff Sessions failed to disclose meetings with Russian officials in their SF-86 disclosures. Knowing and willful omissions could be considered crimes.

Sessions also lied under oath to Congress about not having met with Russian officials and lobbyists for Russian interests during the campaign.

And Flynn famously failed to disclose his income from Russian sources and allegedly lied to the FBI about the content of his conversations with the Russian Ambassador to the U.S., Sergey Kislyak.

All of these actions could be crimes, as several House Democrats pointed out in a recent letter to Comey. Indeed, even Republican Jason Chaffetz, who until recently was the chairman of the House Oversight Committee, remarked that Flynn likely violated the law.

But Trump's team also may have violated the law in an additional way. The Washington Post reported that Mueller is investigating Trump for potential obstruction of justice. Even Chuck Grassley, the GOP chair of the Senate Judiciary Committee, indicated that his committee will likely investigate possible obstruction:

In an interview with POLITICO Wednesday in his Capitol office, Grassley was the most definitive yet that his committee’s probe will examine issues of obstruction of justice.

“I don’t want to say for sure. But I don’t know how you can avoid it,” Grassley said regarding questions of obstruction of justice in his investigation. “Because the FBI was investigating it before there was a special counsel.”

Trump, his surrogates, and media pundits on the right and left who’ve labeled the Russia story a “nothingburger” are wrong.

That said, it is unclear how this investigation might evolve or whether it is likely to reach a natural conclusion unimpeded by interference from Trump. Regardless, that should not change the fact that members of Trump's team, and possibly Trump himself, colluded with Russia and that experts believe they likely broke the law.