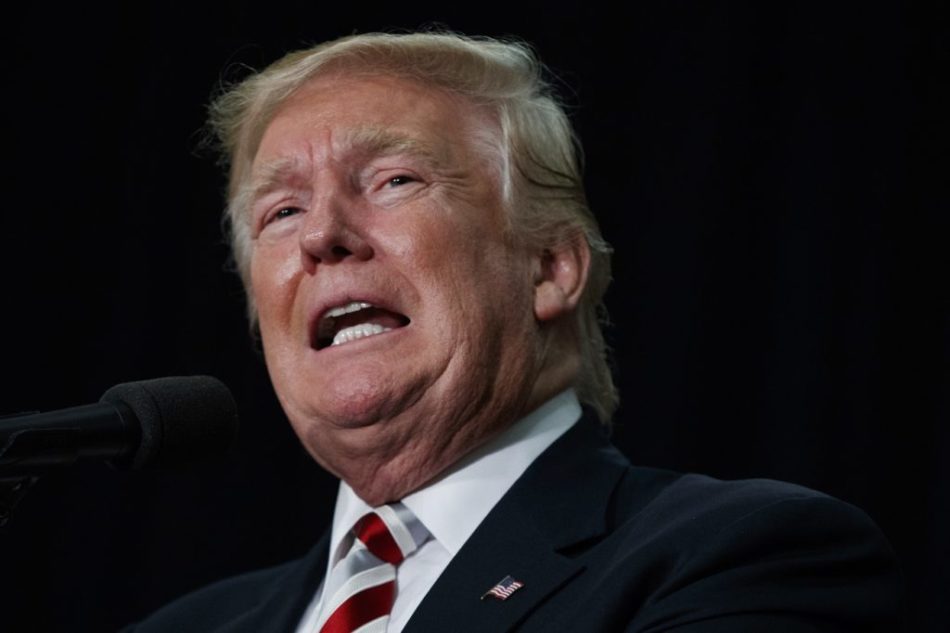 Donald Trump's obsession with his pointless, costly wall has finally driven him over the edge.

Donald Trump's wall on the southern border was never going to happen.

That has been the reality all along. The current and former presidents of Mexico have said publicly, many times, that their country is not going to pay for Trump's wall. Democrats in Congress have said the same. No one, except for Trump and some of his most loyal dead-ender Republicans in Congress, believe this is going to happen.

Instead of accepting the hard cold facts, Trump is now making threats — against himself.

President Trump: "Ultimately, we have to have the wall. If we don't have the wall, we're doing nothing" https://t.co/VoYYVFZ33g

TRUMP: Ultimately, we have to have the wall. If we don't have the wall, we're doing nothing. [...] At some point, they're going to have to do it. They cannot obstruct the wall. The wall to me is vital. If I don't get the wall, then we will become the obstructionists. [...] We have to have an understanding that whether it's in the budget or some other vehicle, in a fairly short period of time, the wall will be funded. Otherwise, we're not doing anything.

Trump should not need to be reminded that he is the president, and his party controls both the House and Senate. It is completely within his party's power to fund and build this wall, if they really want it to happen.

Of course, doing so would go back on the promise Trump made countless times during the campaign that he would force Mexico to pay for it, with his supposedly superior negotiating skills.

But claiming that Trump and his party will become obstructionists unless they give him his wall, however it is funded, is a rather odd threat to issue. Does this mean Trump and the GOP will obstruct Trump and the GOP's own tax reform bill? Their own plan to repeal Obamacare? Their own nominations to government agencies and the judiciary?

What and whom does Trump think he will obstruct? Does he even realize it is up to him, and his own party, to set and implement his agenda?

Given the total lack of understanding about how government works, there is actually a good chance he doesn't.