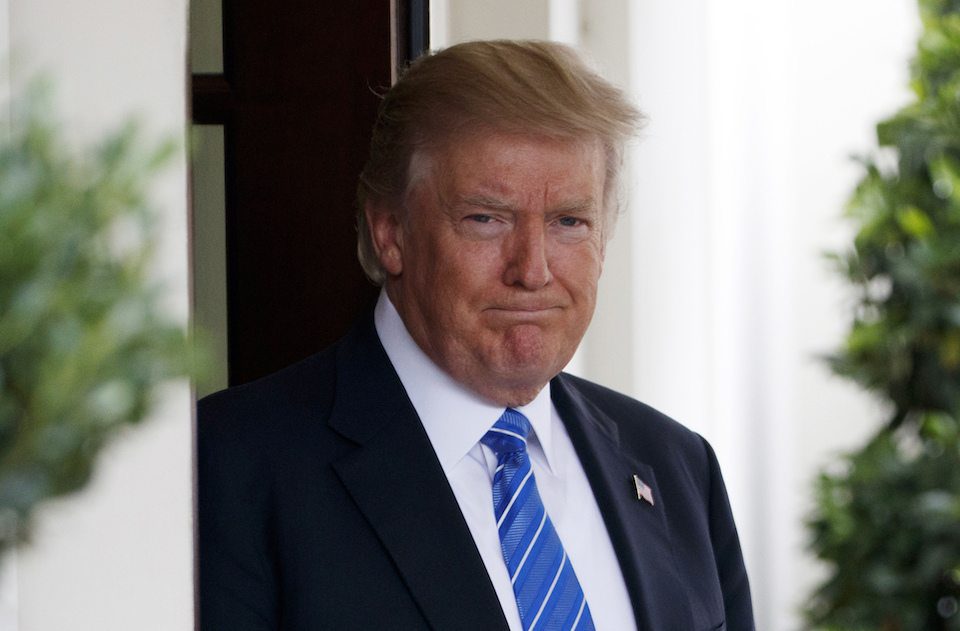 Donald Trump is exploiting the shock and sadness of hurricanes Irma and Harvey to push for tax cuts for billionaires, which will do nothing to help hurricane victims.

Americans have not fully begun to deal with the fallout from hurricanes Harvey and Irma, but Donald Trump is already exploiting the back-to-back natural disasters, using them as justification for tax cuts for the ultra-wealthy.

In a tweet, Trump wrote, "With Irma and Harvey devastation, Tax Cuts and Tax Reform is needed more than ever before. Go Congress, go!"

This echoes his message over the weekend to members of his Cabinet, when he told them the hurricanes meant they needed to "speed up" tax cuts for the rich.

Trump's legislative agenda has been a failure, with Congress unable to pass anything of consequence, despite total Republican control. Coming a day after Trump's team began making public overtures to Democrats, asking them to rescue the Republican agenda, the tweet reeks of desperation.

In addition to the crass exploitation of an event that has taken American lives and inflicted massive damage on American cities, there is no legislation for Congress to "go" on, as Trump has thus far failed to offer anything. He continues to speak about "tax reform" as if it exists in a bill or even a draft of a bill.

Trump wrote earlier the same day that "The approval process for the biggest Tax Cut & Tax Reform package in the history of our country will soon begin," but this is a lie.

The only thing the Trump administration has released is a single-page document with broad sketches of Trump's dreams about taxes. This is not a legislative proposal or something that Congress can enact.

Of the few concrete numbers in his dream document, Trump proposed a rate cut for corporate taxes down to 15 percent, way beyond the already destructive 20 percent Speaker Paul Ryan wants, which would cost the federal government $2.4 trillion over a decade.

But these are just niggling details. Trump wants Americans, with the waters from the hurricanes still receding and revealing massive and historic devastation, to pass his tax cuts for people like him.