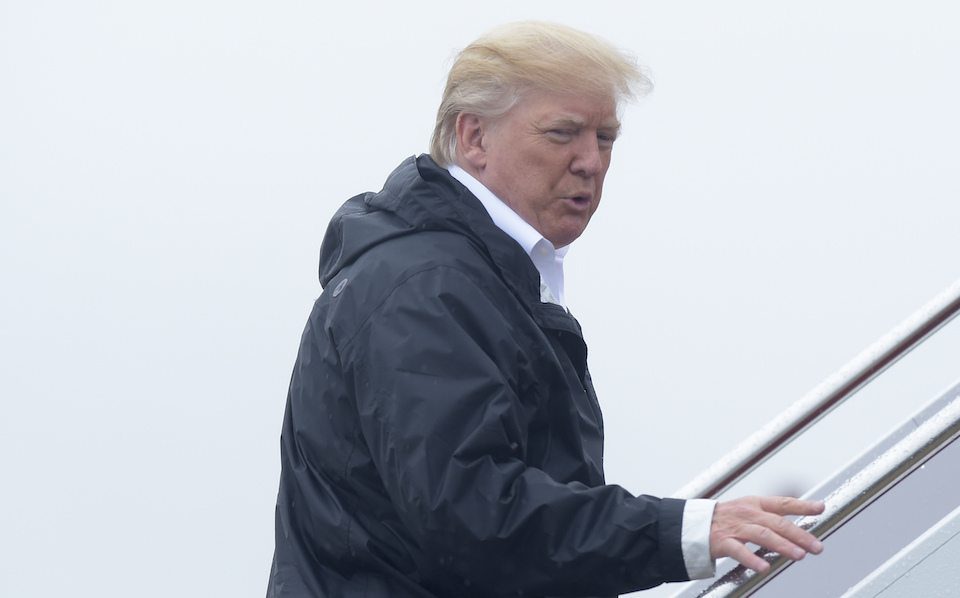 Donald Trump's cruel threat to reverse protections for immigrant children would punish brave heroes who have risked their own lives to save the lives of others during Hurricane Harvey.

Donald Trump is planning to end the program for undocumented immigrants who came to America as children, putting thousands of people in peril — even those who put their lives on the line to rescue people during Hurricane Harvey.

Trump reportedly plans to end the Deferred Action for Childhood Arrivals (DACA) program, put in place by President Barack Obama. The program allows people who arrived in America as undocumented children to receive deferred action for deportation and eligibility for a work permit. It was enacted because even though immigration reform legislation in the form of the DREAM Act passed the House when Democrats were in charge, Senate Republicans held up the bill and would not allow it to come to a vote.

Among those who will be affected by Trump’s mean-spirited decision are individuals like Jesus Contreras, a Houston paramedic. Contreras just came off of six days on the ground in the middle of the massive flooding caused by Hurricane Harvey, helping to save lives in the massive relief effort.

His mother brought him to the United States from Mexico when he was 6 years old to avoid a violent situation in a region where U.S. officials acknowledge that corrupt officials work in alliance with drug cartels. Contreras is now 23, and went through high school and college in Texas. He was able to be certified as a paramedic thanks directly to DACA.

He told NBC News, "We just got hit by a hurricane here — and now we're getting hit by another storm, an even bigger one."

Contreras noted that "if DACA had been removed" during the hurricane, "I would've been taken off the ambulance. You're out there giving your heart out — and then you find out this might happen."

DACA recipient Alonso Guillen spent the last minutes of his life in a boat working to rescue people affected by Harvey.

Unfortunately, his boat hit a bridge and it capsized. Guillen’s body was found floating in a creek two days later. His father told the Houston Chronicle that he had pleaded with him not to go out and attempt more rescues, but he insisted and told his father that he wanted to help people.

His mother lives in Mexico and has attempted to get a temporary visa to come to Houston to bury her son, but she was turned away at the border.

Trump’s actions would declare war on individuals like Guillen and Contreras, and up to 1.7 million more people, punished for decisions that they didn’t have any role in making because they were children.

DACA repeal would be such an upheaval that Obama plans to speak out if Trump goes through with it. Politico reports that the former president intends to follow through on the statement he made in his final press conference where he said he would not be silent in the face of "efforts to round up kids who have grown up here and for all practical purposes are American kids, and send them someplace else, when they love this country."

Trump launched his political campaign by demonizing immigrants, and has sought to terrorize them using the power of the presidency. Repealing DACA is just the sort of inhuman and callous behavior that has become a norm of his tenure in the White House.