Home National Trump defends obsession with NFL: 'I have plenty of time on my...
Support progressive journalism.
Donate today 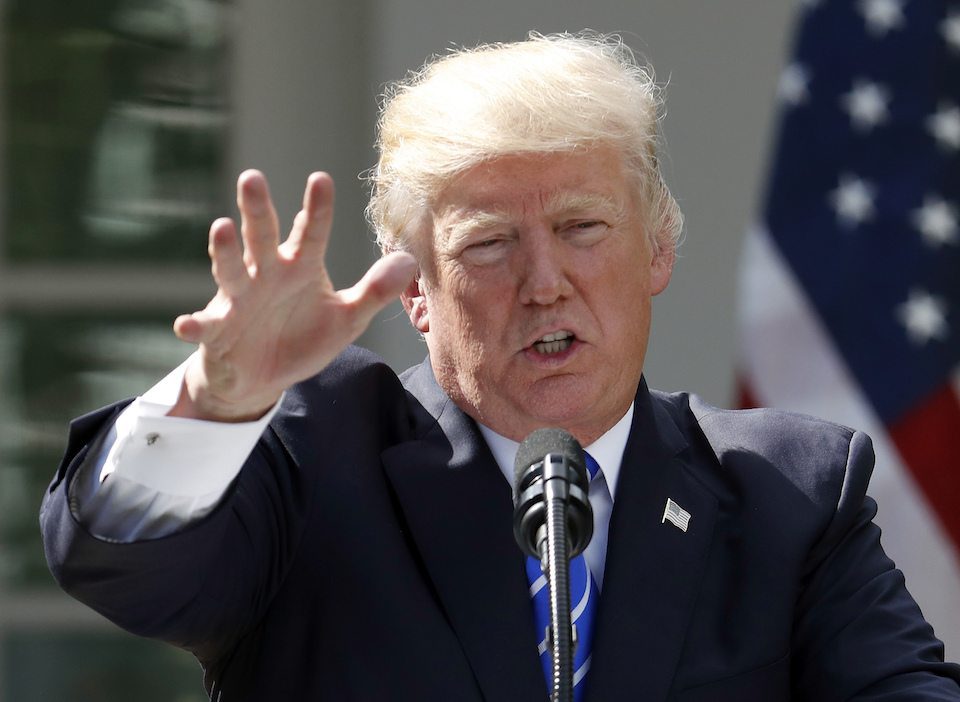 What a shocking admission from the ostensible leader of the free world.

He kicked off his racist tirade Friday night at a campaign rally in Alabama, and he hasn't stopped tweeting about it since — two dozen times and counting.

But lest Americans worry that Trump's devotion to his latest petty cause is keeping the president of the United States from doing more important things, he accidentally told the truth during a joint press conference Wednesday when he admitted, "I have plenty of time on my hands."

REPORTER: There's some concern that you've been preoccupied with the NFL instead of dealing with Puerto Rico. Why isn't that a fair assessment?

TRUMP: Well, I wasn't preoccupied with the NFL. I was ashamed of what was taking place, because to me that was a very important moment. I don't think you can disrespect our country, our flag, our national anthem. To me, the NFL situation is a very important situation. I've heard that before, about, was I preoccupied? Not at all. Not at all. I have plenty of time on my hands. All I do is work. And to be honest with you, that's an important function of working. It's called respect for our country.

At the very moment that Trump was defending his obsession with the NFL, his supposed primary legislative goal of repealing Obamacare officially collapsed in the Senate. Again.

But he quickly resumed ranting about the NFL again, demanding as recently as Tuesday morning that the NFL "set a rule that you can't kneel during our National Anthem!"

If the president of the United States does indeed have such an abundance of free time that he literally has nothing more important to focus on than who stands or kneels at football games, perhaps he should devote some of his time between angry tweets to other matters. Like the millions of Americans in Puerto Rico who are being neglected by this administration because, according to Trump, the island is located in a "very big ocean." For starters.