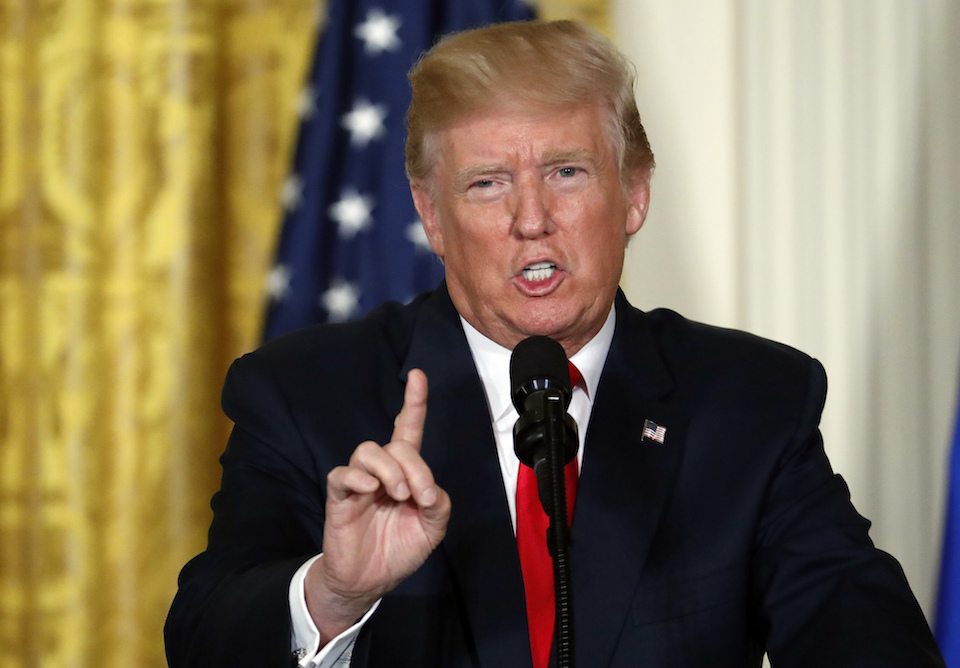 Donald Trump managed to score a small, but genuine, positive foreign policy accomplishment for the United States this week.

But he immediately tainted it by trying to make the entire affair about himself and implying the people he helped were ingrates.

Following an incident in which three UCLA basketball players — LiAngelo Ball, Cody Riley, and Jalen Hill — were detained by the Chinese government on shoplifting charges, Trump and State Department diplomats appealed to Chinese President Xi Jinping to broker their release — after which they were allowed to return home.

This is standard diplomatic wrangling for a U.S. president. A normal leader would respond by expressing his own gratitude and relief that an international incident was averted and his citizens were unharmed.

Instead, Trump immediately leapt on Twitter and demanded the UCLA players thank him for deigning to do his job:

Trump has repeatedly tried to demand credit for things that he simply should do as a matter of course. In some of his White House meetings, he has demanded that each Cabinet member go around the table and say something nice about him, and his presidential daily briefings are peppered with positive headlines about him fished for by White House staff.

During the campaign, he even wanted credit for “finishing” the controversy about whether President Barack Obama was born in the United States — simply because he spread racist conspiracy theories about it for years and then very belatedly dropped the issue after he was debunked by others.

His demands to be thanked by the players also has undertones of his repeated claim that black athletes are “ungrateful” for what they have — a theme he and his supporters have pushed hard while demonizing the NFL protests against police brutality.

Trump clearly has a right to be satisfied that his intervention on behalf of the students worked, but his demand for repeated adulation and praise for doing his job is a poor look for a world leader and not at all a sign of confidence or skill. He should put that energy into trying to restore international goodwill and prevent war — not fortifying his cult of personality.