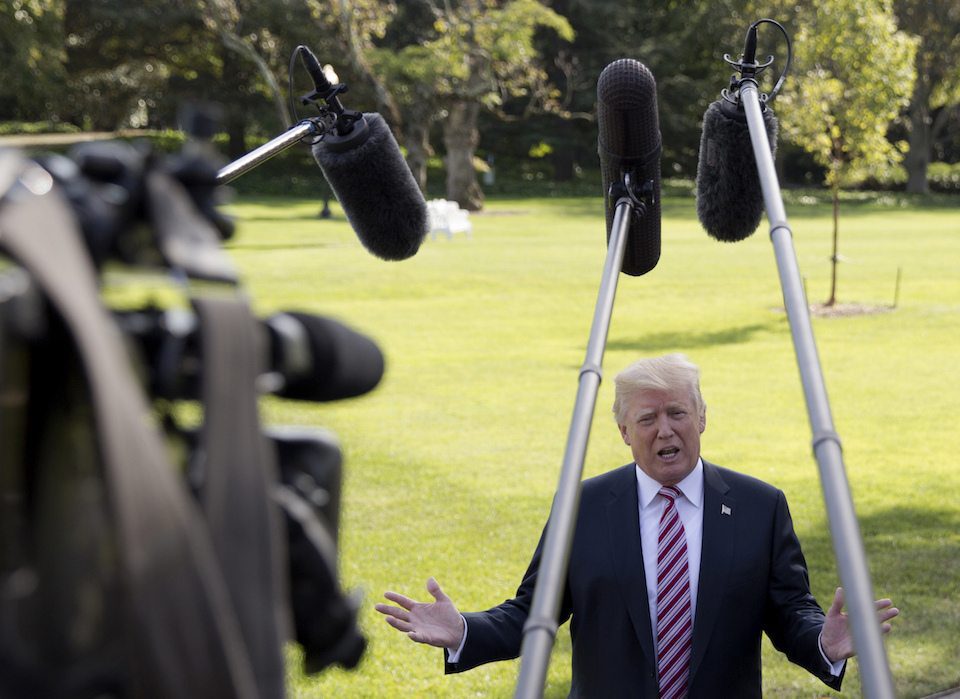 AP Photo/Carolyn Kaste
Get The American Independent in your inbox

Donald Trump's disastrous response to Puerto Rico has been slammed by everyone from the Mayor of San Juan to Lin-Manuel Miranda to the stars of Saturday Night Live.

Now, in a desperate bid to find someone who will say something positive about his woefully inadequate (and at times downright hostile) actions, Trump has taken the unprecedented step of releasing a White House readout of a phone call -- with a lobbyist.

Republican Luis Fortuño's one term as Governor of Puerto Rico ended four years ago and he currently lives far from the affected island, in Washington, DC, where he works as a registered lobbyist. But that didn't stop Trump from touting Fortuño's personal assessment that the response effort was "proceeding well." The bizarre release followed days of repeated attacks by Trump on government officials in Puerto Rico whom he believed were not sufficiently grateful for his assistance.

In what is already being referred to as Trump's Katrina, it's going to take far more than the praise of a lobbyist living 1500 miles away from Puerto Rico to rehab his disastrous response to Americans in crisis.