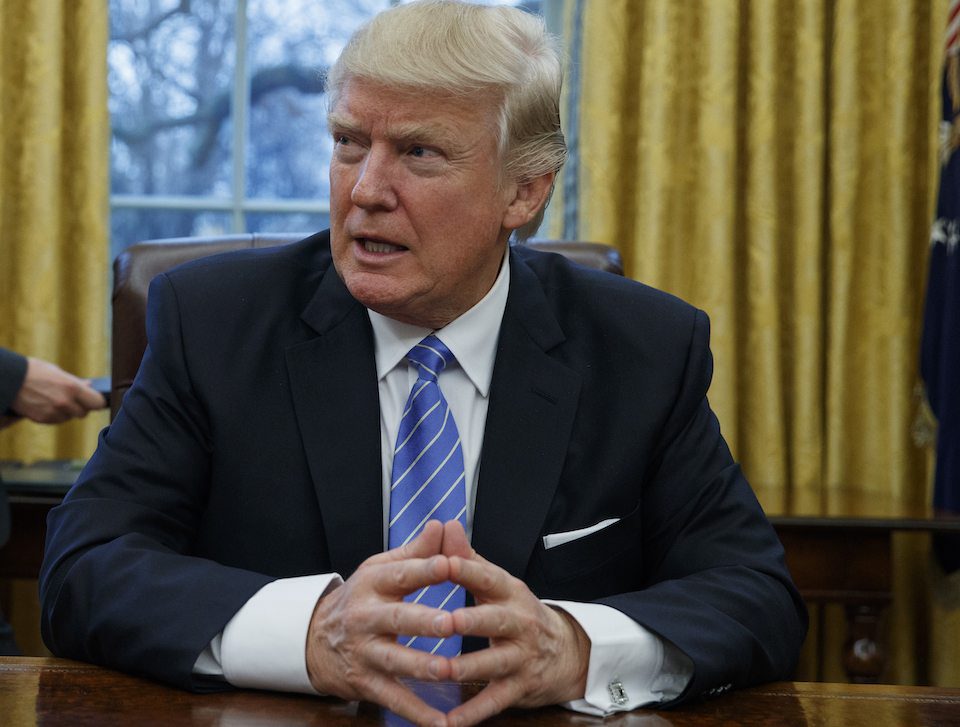 The government scrambles to keep up with Trump's horrifying anti-immigrant agenda.

Signaling his long-term plans to create sprawling tent cities across the country to hold detained immigrants, Trump is turning to the Pentagon to spend nearly $1 billion dollars on the construction effort.

If approved, the new militarized tent cities would be constructed in Alabama, California, and Arizona, and would be able to hold up to 119,000 people.

Currently, Trump’s team is spending $757 per child per night at tent cities, according to a recent NBC report. Keeping children with their parents, on the other hand, “cost $298 per resident per night, according to an agency estimate when it awarded the contract for the facility in 2014.”

The U.S. is also preparing to detain as many as 20,000 children at U.S. military bases in Texas and Arkansas with additional tent cities. These facilities would be for undocumented minors who arrive at the border unaccompanied by adults.

It's all part of the endless tumult and human suffering Trump ignited by ordering a radical change in how the U.S. treats immigrants at the border.

Several agencies of the federal government — including the Department of Justice, the Pentagon, Homeland Security, and Health and Human Services — are now all scrambling to keep up with the overwhelmingly consequences.

The New York Times detailed how, within a matter of hours on the same day this week, Customs and Border Protection staffers were given contradictory instructions on how to handle pending prosecutions of undocumented immigrants arriving at the border.

This week, the sheriff in El Paso, Texas, announced that none of his deputies were allowed to work at an emergency tent city that was built in nearby Tornillo (not on a military base). The sheriff feared his department's reputation would be tarnished if associated with Trump's massive detention operation.

He's right. It would.