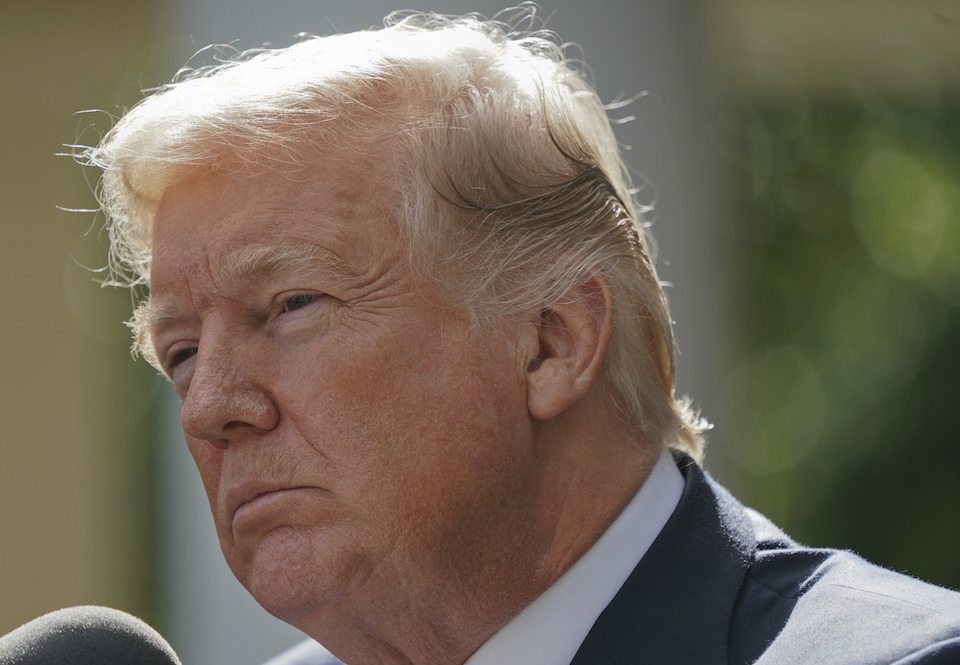 Trump is demanding an unthinkable ransom from traumatized parents who have no idea where their abducted children are.

Having essentially kidnapped more than 2,000 children and separated them from their parents, the Trump administration is now offering a demented deal: If parents who have been detained at the border agree to leave the country and give up their asylum claims, they can have their kids back.

As Vox's Dara Lind explains, the Department of Homeland Security released a fact sheet Saturday that finally explains how the government plans to reunite separated families. But that plan only covers parents who are "subject to removal," and only promises to reunite children "for the purposes of removal."

Incredibly, even parents who agree to accept deportation aren't guaranteed to see their kids again. "It can’t guarantee that because we already know that some parents have accepted deportation and been deported alone," Lind wrote.

In other words, parents might sign papers agreeing to be deported because they expect that they'll see their children at the airport — only to be sent home without their kids and with no idea where they are.

Immigration attorney Cynthia Milian told the Texas Tribune that she had serious doubts the government would actually honor their word and reunite parents with detained children after parents agreed to voluntary deportation. "I just don’t see that happening," she said.

DHS claims that the U.S. government knows where all children in its custody are located. But as some children are shipped out to facilities all across the country, local officials in the states they are being sent to can't even get basic information about their whereabouts.

Trump officials "are very explicitly now using the children as literal hostages to short-circuit the due process protections that our president hates," MSNBC's Chris Hayes noted.

The Trump administration has failed to develop a coherent strategy for reuniting children with their parents, and the effort to find them has been riddled with bureaucratic chaos.

And Trump's team now seems to be using the mayhem it created as a way to force immigrants to give up their dream of coming to the United States.

This includes immigrants seeking legal asylum in the U.S., who typically turn themselves over to officials when they reach the border to start the process. Many are fleeing war or gang violence in Central American countries.

"Either a parent can keep fighting for asylum and accept that he won’t be able to see his children for the months or years his case might take — or he can give up, waive both his own rights and the rights of his child, and agree to be reunified with his child en route to the country both of them fled to begin with," Lind writes.

Trump's cruel Sophie's Choice approach "goes against everything immigration policy has been about for decades in this country," New York Times reporter Maggie Haberman noted on CNN.

The heartless "offer" comes after Trump explicitly advocated denying due process rights to unauthorized immigrants. Trump argued Sunday that people who cross the border illegally into the U.S. should immediately be deported without trial.

Trump is demanding an unthinkable ransom from traumatized parents who have no idea where their abducted children are, and forcing families to give up any chance they might have had at staying in the U.S.

Using kids as hostages is inhumane no matter who you are — and it's unacceptable for the president of the United States.