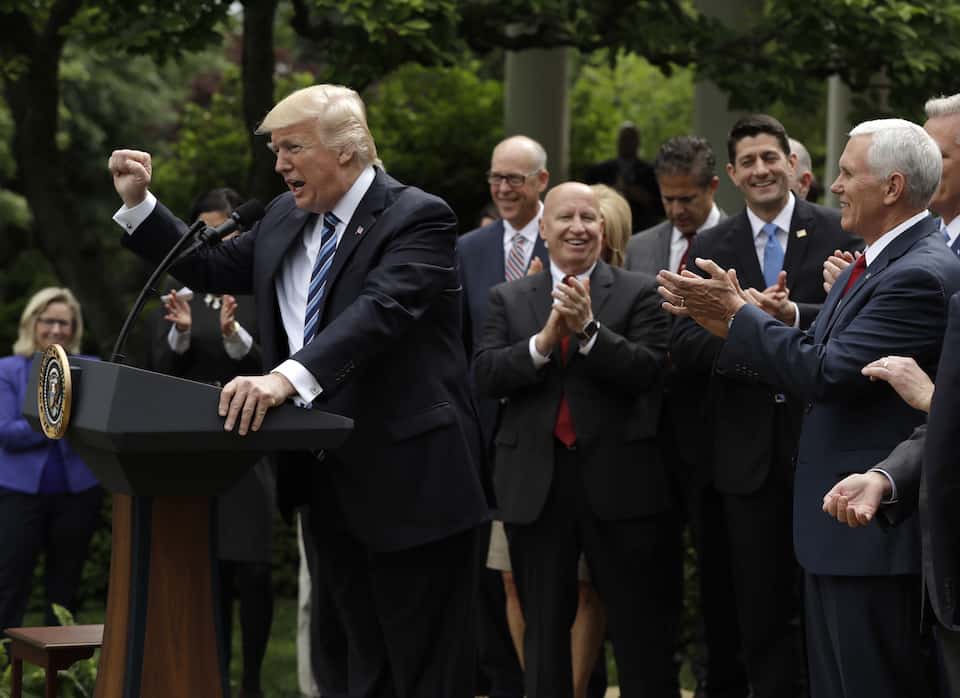 Trump is embracing savage, thuggish brutality to deal with drug addiction instead of common sense, and his Republican enablers in Congress are once again falling in lockstep.

Instead of dedicating resources to help those afflicted by the crisis of addiction in America, Republicans are beginning to embrace the sadistic and nonsensical idea of applying the death penalty to drug dealers.

Trump has been promoting the idea, which has more in common with the rogue regime of Filipino leader Rodrigo Duterte than the overall shift to treatment that has been embraced by more and more Americans.

"The only way to solve the drug problem is through toughness," Trump said recently at a rally in Pennsylvania. He claimed he got the idea from Chinese leaders.

"Big country, 1.4 billion people, right. Not much of a drug problem. I said what do you attribute that to? 'Well, the death penalty.'"

Traditionally, America has sought to persuade the Chinese government to embrace more human rights, not look to them as a model for U.S. policy.

As they have before with his other absurd ideas, rather than bluntly opposing him, some Republicans are getting on board.

"I think that if a drug dealer is coming into the country and they're giving dangerous drugs to minors, for example, I don't feel bad about that," California Rep. Dana Rohrabacher told Rolling Stone. "They can go to hell as far as I'm concerned."

"I think we need to have real consequences," he added.

The brutal, murderous approach — taken directly from the playbook of thuggish autocrats — is being considered while Trump continues to neglect the opioid issue.

While he promised during the presidential campaign that he would address the epidemic, which kills thousands of Americans annually, instead Trump has done little more than lip service.

He parceled out oversight of opioid to White House counselor Kellyanne Conway, who has shown more skill at shilling for Trump on television than she has at dealing with a health crisis.

At the same time, Trump has proposed budget cuts for the Department of Health and Human Services and the Office of National Drug Control Policy, the front-line responders to the opioid problem.

Democrats have pointed out just how insipid the Republican approach to this vital issue is.

Sen. Kamala Harris (D-CA), a former prosecutor, called the idea "outrageous." She noted, "It's on a long list of things that are outrageous. My biggest fear is that we become numb."

Rep. Raul Grijalva (D-AZ) said, "Capital punishment is the most extreme of all, and for him to cavalierly throw it around in the manner that he does is very dangerous. It's dangerous for our system."

Embracing murder on a wider scale would not curtail the drug problem. In all likelihood, it would make things worse while further destroying America's moral authority.

But doing the wrong thing and denigrating America's reputation are central to the Trump approach. His fellow Republicans are once again showing that his behavior is out of touch with America, but in line with the party.