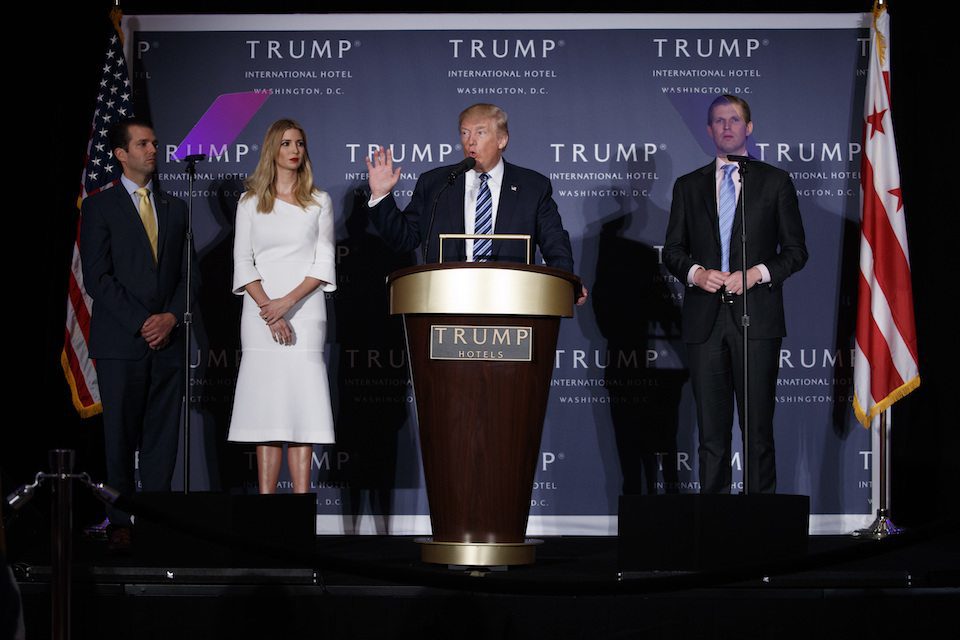 Donald Trump's hotels are forcing employees to sign a new nondisclosure agreement that makes it even harder for them to reveal possible corruption and wrongdoing by members of the Trump family.

Employees at Donald Trump's hotels and other properties were recently given a new legal agreement they have to sign, promising not to divulge any secret information about the Trump family.

If they don't sign, "they will lose their jobs," according to CBS News.

The nondisclosure agreement says Trump Organization employees have to keep secret any information they learn about the Trump family or "present, former and future spouses, children, parents, in-laws."

The agreement, which is designed to last "forever," also stipulates that if contacted in the course of a government inquiry — like the congressional, special counsel, or FBI investigations currently examining Trump's Russia connections — the Trump Organization has to be notified if any secret Trump information is passed along.

The reporting on the new document again highlights Trump's disregard for ethical standards embraced by both political parties, as he continues to have an ownership stake in his previous company. His son Eric has confirmed that he still briefs his father on company profits and losses, meaning that while Trump is in the Oval Office, he is free to make decisions as president that affect and benefit his own personal bottom line.

Since being inaugurated, Trump has done just that by making at least 58 visits to Trump properties on the public dime, using the intense media spotlight of the presidency as advertising for his personal ventures.

Employment law expert Debra Soltis told CBS, "I have reviewed confidentiality agreements in international, family-run hospitality organizations and... I have never seen a loyalty code to a family like this."

Trump, through his actions, shows once again who matters when it comes to corruption — not the public good, or the rule of law, but his own personal image and well-being.