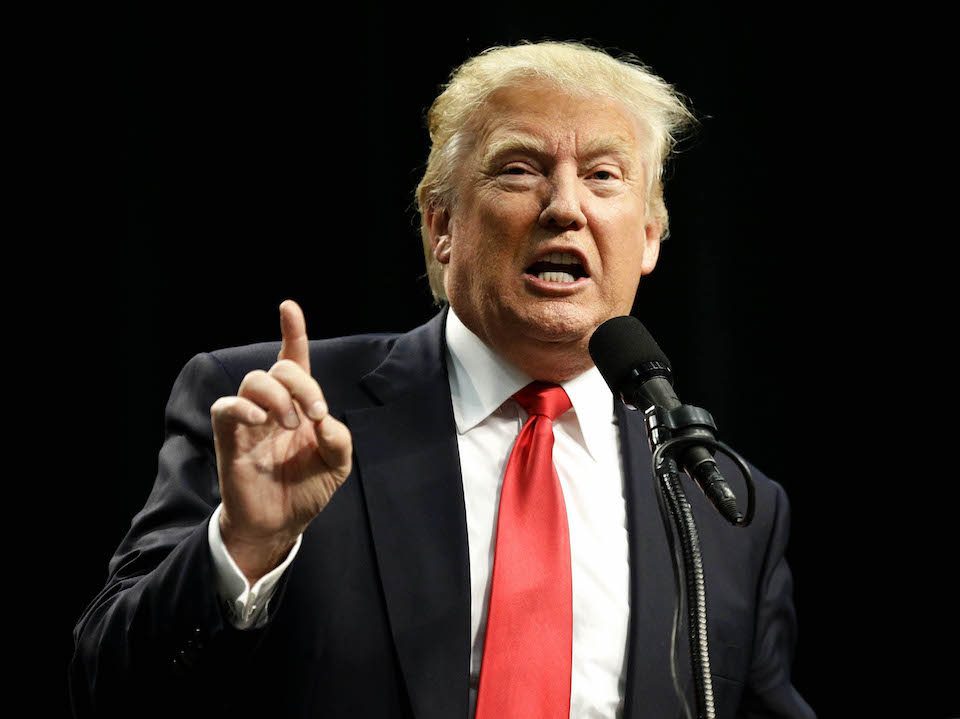 When you get all of your information from Fox and Breitbart, racist propaganda starts to look like news.

Donald Trump took to Twitter Saturday evening to renew his attacks on the press and downplay the impact of Russian election interference, in what appeared to be a response to recent news about Russia's use of social media during the 2016 presidential campaign,

Last month, Facebook revealed to Congress that Russians had bought $100,000 in ads from the social media company, which could have reached 70 million Americans.

Notably, Trump only won the presidency by a margin of about 70,000 votes across three key states, which was enough to give him an Electoral College victory, even though millions more Americans voted for Hillary Clinton.

Seemingly in response to these reports, Trump went on a Twitter tirade in which he compared Russian propaganda — much of which has been revealed to be racist, anti-Semitic, or otherwise bigoted — to American news outlets.

"Keep hearing about the ‘tiny’ amount of money spent on Facebook ads," Trump tweeted. "What about the billions of dollars of Fake News on CNN, ABC, NBC & CBS?"

Keep hearing about "tiny" amount of money spent on Facebook ads. What about the billions of dollars of Fake News on CNN, ABC, NBC & CBS?

Just over an hour later, Trump took to Twitter again to attack Clinton, revealing that his former presidential rival is still living rent-free in his head.

"Crooked Hillary Clinton spent hundreds of millions of dollars more on Presidential Election than I did," he wrote. "Facebook was on her side, not mine!"

Crooked Hillary Clinton spent hundreds of millions of dollars more on Presidential Election than I did. Facebook was on her side, not mine!

Trump has repeatedly sought to minimize the impact of Russian election interference, often claiming that it's "fake news" designed to make up for the fact that Democrats lost the presidential election.

After taking office in January, Trump still refused to acknowledge that Russia interfered in the election, even after being briefed by the intelligence community.

But while his tweets are reckless, they shouldn't come as much of a surprise. Since all of his news comes from Breitbart and Fox, after all, it's easy to understand how he could confuse racist and divisive propaganda with actual news.