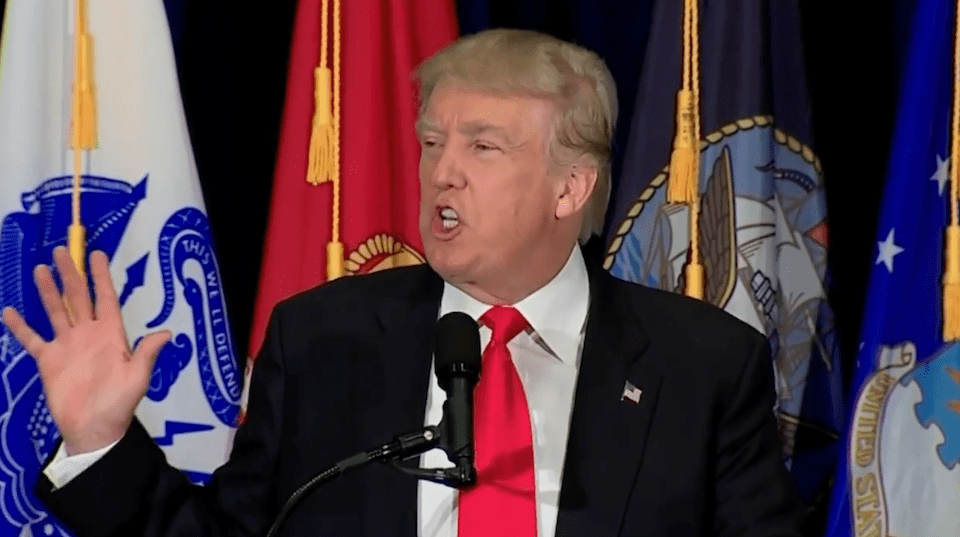 One of Donald Trump's recurrent campaign themes was the string of lies he constantly spouted regarding Hillary Clinton and the investigation into her email practices, an investigation in which she was cleared of any wrongdoing.

In one speech, Trump said that mishandling of classified information should be "disqualifying" for a presidential candidate. He falsely accused Clinton of participating in a "cover-up," and of "lying to the American people."

In the past week, however, the president appears to have engaged in the very same disqualifying behavior and cover-up of which he accused Clinton.

Trump lied to the American people about the reason he fired Comey, and his administration is now refusing to respond to congressional requests for information on the secret recording Trump may have of communications with Comey.

It appears that every element of Trump's false accusations against Clinton have become true of Trump:

This was not just extreme carelessness with classified material, which is still totally disqualifying. This is calculated, deliberate, premeditated misconduct, followed by a cover-up that included false statements and lies to Congress, the media, and the American people.

While Trump is unlikely to declare himself disqualified from the presidency, House Speaker Paul Ryan certainly has the power to begin that process, and he, too, similarly called out actions like Trump's:

It's simple: Individuals who are ‘extremely careless’ w/ classified info should be denied further access to it. https://t.co/XWuvfDugly

This latest revelation will further test Republicans' ability to put country above party, a test they have thus far failed.