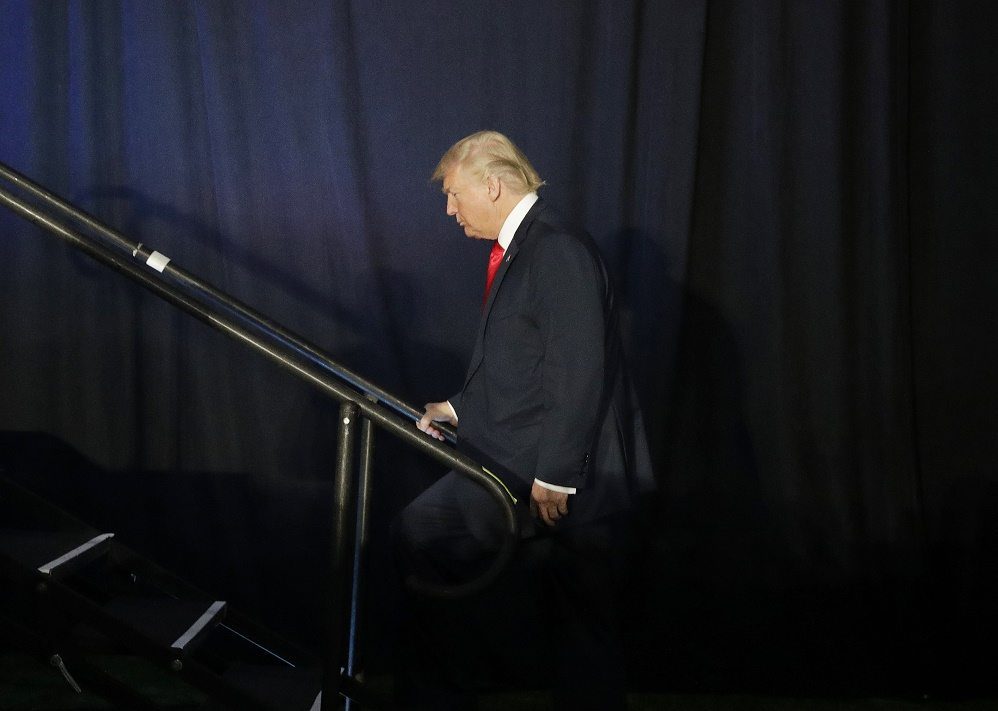 Donald Trump's surrogates are praising him for the "genius" of losing nearly a billion dollars in a single year and not paying federal income taxes for the subsequent 18 years. It turns out Trump's "genius" extends to not paying for the 15-carat, $1.5 million wedding ring that he reportedly received in 2004 in exchange for product placement on his TV show "The Apprentice." But did Trump even pay the taxes on this extraordinary perk?

The revelation that Donald Trump posted a $916 million loss in 1995 continues to drive political news, with Trump surrogates spinning the fact that he may have paid no income taxes for the subsequent 18 years as a sign of his supposed "genius." Trump himself  has spoken frequently of his fondness for "other people's money," and it turns out that fondness extends beyond the taxes that pay for the infrastructure he complains about. It also includes the $1.5 million wedding ring he received in 2004, which The New York Post reported was given to him in exchange for product placement on The Apprentice.

The Donald has arranged a deal with the tony Graff diamond sellers, in which the company will provide a 13-carat masterpiece ring in return for the November appearance of the jeweler’s products on “The Apprentice,” a source close to Trump said yesterday.

Although Trump would later make various claims as to the ring's worth and the cost he incurred, he confirmed the story to the NY Post the following day, telling them, "Everybody wants me to use their ring, for the obvious reasons. Am I such a bad guy for saying: 'I'll take it?'"

Perhaps realizing the implications of publicly acknowledging such an expensive barter, Trump would later claim that he was given the ring at half-price, which still makes the value he received equivalent to $750,000 in income.

If Trump is a "genius" for not paying income taxes like the rest of us, then getting someone else to pay for his $1.5 million wedding ring is positively brilliant, but it does raise the question of whether Trump was smart enough to declare the gift as income, along with all the other freebies he got for his wedding, which included a champagne reception at the airport and filet mignon for all of his guests. Trump probably did declare the tens of millions he made in cash for product placement, but did he think to declare the full value of the $750,000-$1.5 million from the ring? And if so, did he manage to avoid the taxes on it anyway because of that massive loss in 1995?

There are really only two ways to find out, one of which is for journalists to ask Trump about it, and hope he tells the truth. The other is for Trump to release his tax returns.