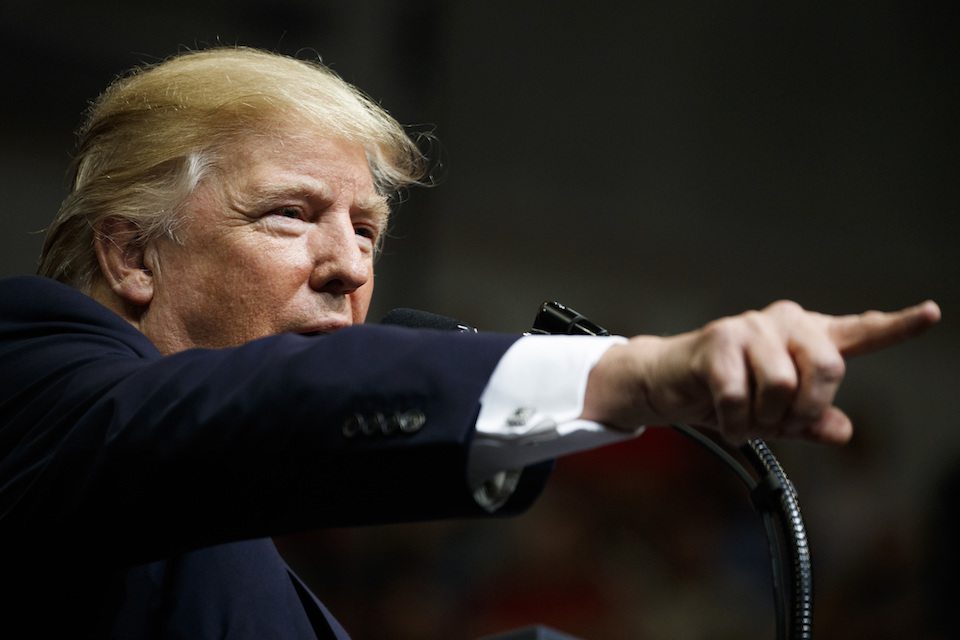 Trump continues to signal his cruel indifference to the 3 million American citizens suffering through the aftermath of Hurricane Maria.

Laying out the groundwork for a callous political strategy where Donald Trump shrugs off rebuilding storm-ravaged Puerto Rico by claiming it had too many pre-existing conditions to ever be made right again, Trump actually seemed to blame Puerto Rico for its hurricane devastation.

In a series of Tweets Monday night, Trump did not express sorrow for the suffering 3.4 million Americans citizens who are suffering, as they struggle with no power, as well as dwindling water, fuel, and hope. Trump didn’t urge fellow Americans to reach out and help the drowning island.

Instead, Trump cataloged all the problems Puerto Rico faced before the historic storm obliterated everyday life there:

Texas & Florida are doing great but Puerto Rico, which was already suffering from broken infrastructure & massive debt, is in deep trouble..

...It's old electrical grid, which was in terrible shape, was devastated. Much of the Island was destroyed, with billions of dollars....

...owed to Wall Street and the banks which, sadly, must be dealt with. Food, water and medical are top priorities - and doing well. #FEMA

Taking a completely different approach to recent monster storms that hit Texas and Florida, Trump appeared to blame Puerto Rico for being demolished by Hurricane Maria, while preemptively downplaying chances of a full recovery.

Indeed, Trump has suddenly dropped his hurricane fan boy routine, where he excitedly tweets about storms approaching the U.S., bragging about how big they were, and then swooping in for four-hour photo ops. None of that seems to apply to Puerto Rico because Trump simply doesn’t care.

This, while Trump continues his tedious routine of tweeting out messages about NFL TV ratings.

For the last week, Trump’s administration has consistently given the vibe of indifference to the stunning devastation in Puerto Rico. The White House keeps stressing the relief effort is going accord to plan. Yet reporters on the ground keep saying there’s little or no relief effort in sight.

“Are you FEMA?” a desperate Puerto Rican asked one Washington Post reporter on the ground there.

Additionally, nobody in the Republican Party, which controls both houses of Congress, seems to be in frantic rush to help Puerto Rico, which stands in sharp contrast to the GOP’s manic response following Harvey and Irma, which came ashore onto red states.

“It’s going to cost money, but when there’s a disaster, all levels of government have to be prepared to do what’s necessary to help people truly in need,” Ohio Rep. Steve Chabot (R-OH) stressed when red states got hit. “And these people are truly in need.”

After Harvey and Irma, rushing disaster relief money to Texas and Florida was so important to Trump that he stunned GOP leadership by making a side deal with Democrats. By contrast, the White House isn’t expected to send its Hurricane Maria disaster aid relief estimates to Congress until the middle of next month.

For now, the blunt messages to Trump continue to roll in, especially from Puerto Rico’s favorite sons and daughters:

Mr. President shut the fuck up about NFL. Do something about our people in need in #PuertoRico. We are American citizens too.