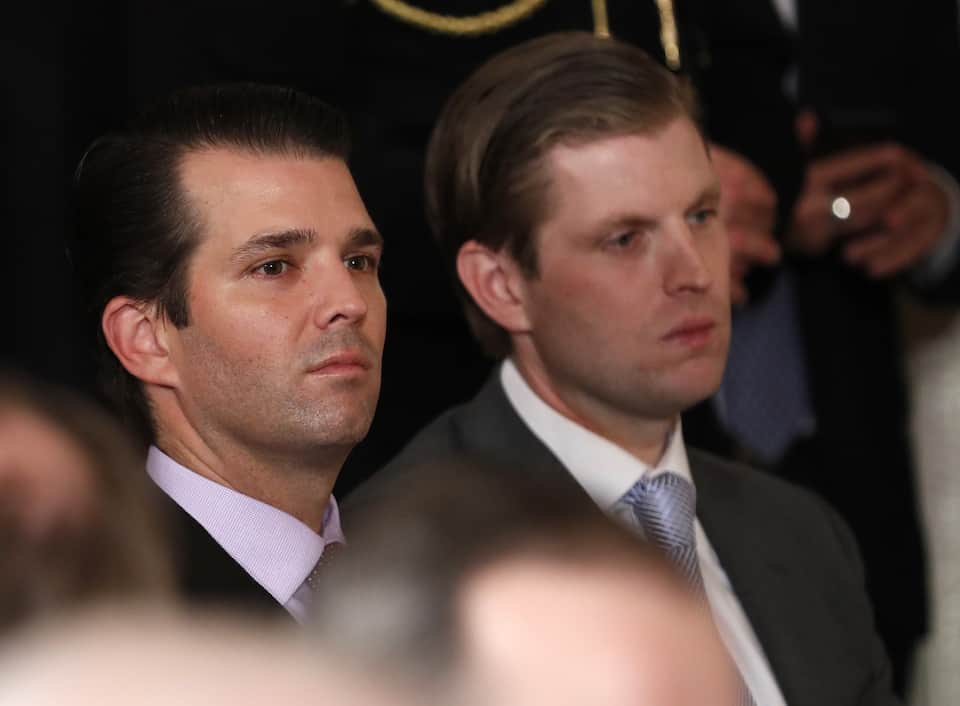 Donald Trump fired then-FBI Director James Comey a day after the agency met with his two adult sons about a possible cyber intrusion at the Trump Organization.

ABC News reports that the FBI, along with the CIA, had an "emergency session" at FBI headquarters in New York on May 8. The meeting was in regard to an attempted overseas cyberattack against the company. A day later, Trump fired Comey.

Comey alleges that Trump was pressuring him to publicly exonerate him as the agency was investigating the Trump's campaigns connection to Russia's interference in the 2016 presidential election. The investigation is still ongoing.

ABC also reports that "FBI agents working on the cyber inquiry were also seen at Trump Tower during the week of May 8."

Eric Trump strenuously denied to ABC that the Trump Organization had been hacked.

It might seem odd for the Trump family not to welcome an investigation into possible hacking of its company, but Richard Frankel, a retired senior official with the FBI's New York office, offered a possible explanation.

"There could be stuff in there that they do not want to become part of a separate criminal investigation," Frankel said. He added, "There's no telling what a hacker could get that's connected to the president, corporate records, financial records, even things that were going on during the transition."

The Trump transition, led by Mike Pence, was run from Trump Tower, and many individuals seeking positions in the Trump administration visited the building for interviews with Trump and his team, including Michael Flynn.

In December, Flynn met with Russian ambassador Sergey Kislyak at Trump Tower. Jared Kushner, Trump's son-in-law who has emerged as a person of interest in the ongoing FBI Russia investigation, also attended the meeting.

Frankel said that in the course of investigating an intrusion, the FBI could find material connected to other investigations on Trump servers.

Trump has refused to disconnect himself from the Trump Organization. In addition to being in regular contact with his sons as they run the company, Trump has not divested his holdings or put them in a blind trust.