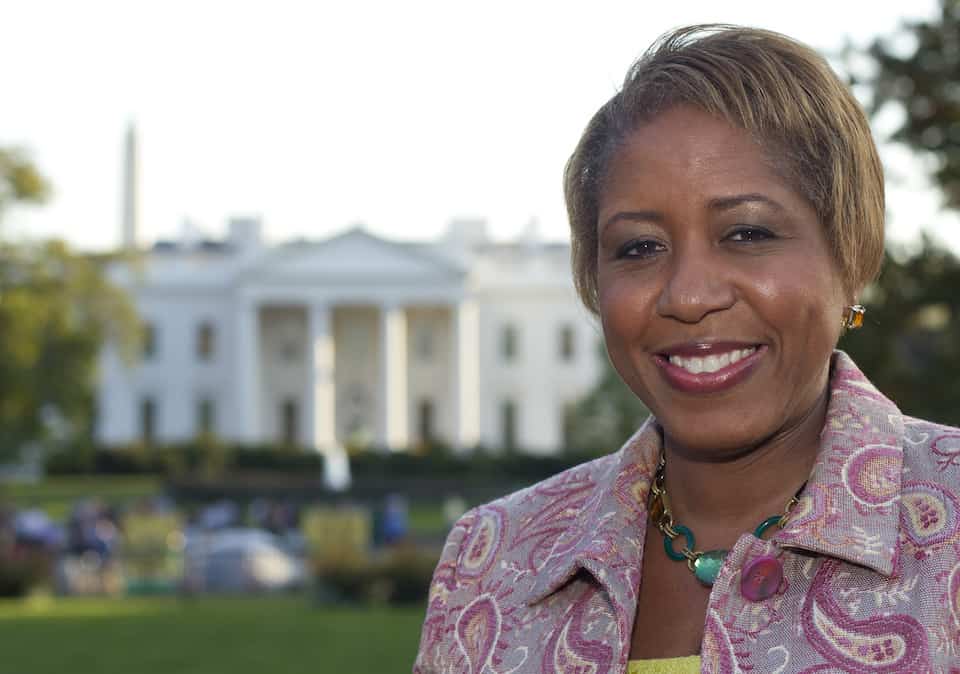 Donald Trump suddenly and mysteriously fired the White House usher, the first Black woman to hold the position, who was hired by President Obama. Trump's action follows his pattern of lashing out at people and initiatives connected to his far more popular predecessor.

In his latest act attempting to purge the legacy of President Barack Obama from the White House and America, Donald Trump has fired chief White House usher Angella Reid, the first woman and second African-American to hold the position.

The Washington Post reports, "When the White House residence staff arrived at work Friday morning, they were told that Reid was no longer employed."

The chief usher works as the general manager of the building, overseeing the immense staff of butlers, maids, chefs, and others who keep the iconic building running. Reid also handled fiscal and administrative duties in the White House.

She was hired for the position in 2011 by President Obama. The Jamaican-born Reid had been the general manager of the Ritz-Carlton at Pentagon City in Virginia before coming to the White House.

There have only been nine ushers at the White House since 1885, so her abrupt removal by Trump makes her tenure extremely short compared to her predecessors.

Saddled with low support in opinion polling ever since he took the job, Trump has been working overtime to scrub the legacy of President Obama, the first black president.

In addition to his assault on the health care law and insurance coverage put in place for 24 million Americans, Trump has also shut down a program implemented by former first lady Michelle Obama to educate young girls around the world.

When he isn't promoting unfounded conspiracy theories about Obama, Trump has also targeted key figures who worked in the Obama administration. He has demonstrated his ongoing obsession with former Secretary State Hillary Clinton, who beat him in the popular vote by 3 million votes, and has smeared former UN ambassador Susan Rice while attempting to distract from his own failures.

The Obama legacy can't be purged by any of Trump's petulant actions, but his behavior is a telling indicator of the inadequacy he feels when compared to his predecessor.