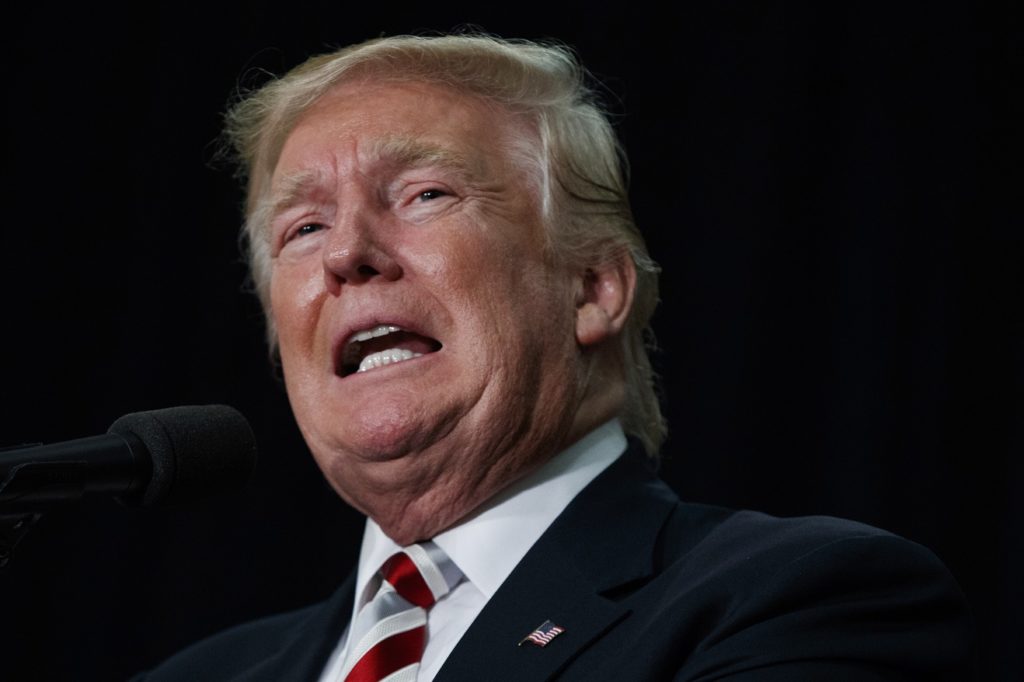 Leela Daou
Get The American Independent in your inbox

Democrats have once again made a safely red congressional district competitive, this time in Pennsylvania.

Last year, Doug Jones defied all expectations and political understanding by becoming the first Democrat in a quarter century to win a Senate election in Alabama  despite all of Donald Trumps efforts to prop up accused child molester Roy Moore.

According to Politico, Trump will soon be traveling to the district, which contains the suburbs south of Pittsburgh, to campaign for GOP candidate Rick Saccone:

The White House has taken an especially keen interest in the race: Members of Trump's political affairs office met with Saccone this week. And during a Tuesday conference call between the Republican national party committees and the Saccone campaign, White House political director Bill Stepien expressed displeasure with the progress the candidate was making on fundraising. Stepien said Saccone wasnt raising enough money and asked for an update on the campaigns progress in the days to come.

The 18th District was vacated last year by the resignation of Rep. Tim Murphy, an eight-term extreme social conservative who was caught urging his mistress to get an abortion just days after pushing an abortion ban through the House.

Trump and his advisers are concerned about the unusually competitive Democratic candidate Conor Lamb, a Marine Corps veteran whose grandfather was the former Pennsylvania Senate majority leader.

This district is extremely white and extremely conservative, having voted for Trump by 20 points, and Saccone has campaigned aggressively on the Trump agenda. But while the only recent poll shows Saccone ahead, he is vastly underperforming Trump and still within striking distance.

Once again, a seat that should never have been in play has put Republicans on the defensive  yet another sign of an impending electoral backlash to Trump and his right-wing agenda.