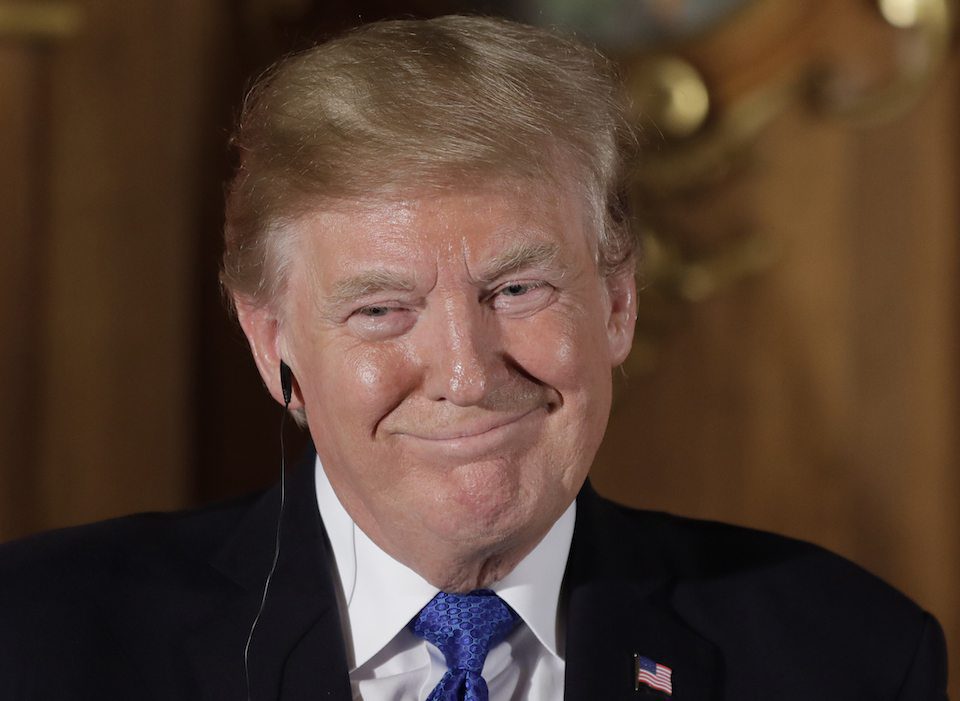 Showing no class, Trump callously celebrates the Second Amendment and calls for more guns, before the 26 victims in Texas have even been publicly identified.

Signaling that gun violence is not an issue of concern for him, even as America staggers through its second historic gun rampage in four weeks, Donald Trump took to Twitter Tuesday morning to cheer the "Second Amendment" less than two days after 26 people were gunned down inside a Texas church.

Trump’s dismissive nature mirrors the larger Republican take of the epidemic of gun violence in the U.S. — there’s nothing legislators can really do about it, aside from praying.

Downplaying the Texas massacre quickly became the norm for conservatives, who desperately want to avoid having a gun debate in a country where nine out of ten voters support passing common sense legislation. But Trump took things further Tuesday when he brazenly cheered gun rights, even before the 26 dead have been publicly identified in Sutherland Springs, Texas.

Worse still, the callous cheer of the Second Amendment was in an overly partisan context, in which he attacked Army veteran and Lt. Gov. Ralph Northam, the Virginia Democrat running for governor.

Being tone deaf and incapable of expressing sympathy for others has quickly emerged as a Trump trademark this year. But even for him, the idea of excitedly promoting gun rights in the wake of an epic mass murder represents an almost incomprehensible lack of self-awareness.

Then again, Trump’s Twitter feed in the last two days has signaled his complete lack of interest in the Texas tragedy, as he uses social media to brag about his trip overseas and makes just passing reference to the gun slaughter in Texas.

The massacre marked the deadliest shooting in Texas history. Victims ranged in age from 17 months to 77 years old.

Speaking to reporters in South Korea, Trump on Tuesday also embraced the NRA talking point that the Texas mass murder really wasn’t that bad because in the end the shooter, was fired upon by a local resident with a gun.

Asked if American need extreme vetting for gun buyers, the way Trump has called for "extreme vetting" of immigrants from Muslim-majority countries after a terror attack in New York City last week, Trump first attacked the reporter for even asking the question.

"Well, you're bringing up a situation that probably shouldn’t be discussed too much right now," he said. "We could let a little time go by, but it's okay."

It has been a month since the deadly shooting in Las Vegas, after which Trump also said it was not an appropriate time to talk about policy.

Trump then insisted there was no way to prevent the massacre in Texas.

"If you did what you're suggesting there would have been no difference three days ago, and you might not have had that very brave person who happened to have a gun in his truck and shoot him, and hit him and neutralize him," he said, adding, "Instead of having 26 dead, we would've had hundreds more dead."

Note that there weren’t “hundreds more” inside the Texas church on Sunday, so there’s no basis for Trump’s fantasy scenario. And the civilian with a gun who engaged the shooter did so after 26 people were already killed, and 20 more wounded.

For Trump and Republicans, that’s what now constitutes a success in gun-ravaged America: 26 dead instead of "hundreds."