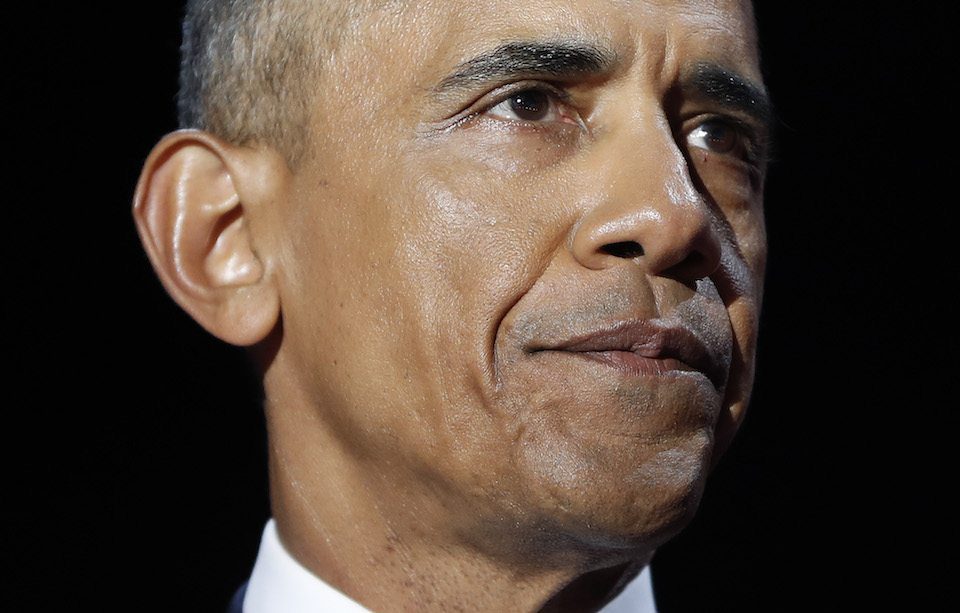 President Barack Obama used his Twitter account to ask Americans to donate to the Red Cross to help victims of Hurricane Harvey. The current occupant of the White House ... did not.

President Barack Obama once again showed that even after his time in office, his ability to be presidential far exceeds Donald Trump's.

As citizens of Texas suffered from the devastating flooding brought on by Hurricane Harvey, Obama called on the 94-plus million people who follow him on Twitter to help by donating to the Red Cross.

In his tweet, Obama noted, "Thank you to all the first responders and people helping each other out. That's what we do as Americans."

Thank you to all the first responders and people helping each other out. That's what we do as Americans. Here's one way you can help now. https://t.co/iGfE8rAoAu

Donald Trump, by contrast, has not once since the storm hit made any call to action to help Texas, either with his personal Twitter account or his official White House account.

Instead, he has posted updates to his much smaller base of 36 million followers that are more in line with someone watching an event on TV than someone with the bully pulpit of the presidency.

Trump tweeted about the status of relief efforts, praised the federal response, speculated about the rainfall and expert's opinions, and gave updates on his travel plans. He also promoted his friend's book while blabbering about Mexico and NAFTA and "THE WALL." He gave an update on his cabinet meeting, then promoted a conspiracy theorist defending him and a conservative columnist attacking an Obama staffer. He also retweeted a quote from Mother Teresa and a photo from the governor of Texas.

He did not use either of his accounts — and the media coverage of a tweet that would echo around the world — to ask citizens to help relief efforts. It doesn't seem to have occurred to him that he could use his platform for something good or useful. Even as president, Trump's tweeting is for the exclusive purpose of promoting only himself and his political allies.

Once again, Obama showed he is still far better at acting like a true president of the United States than the current and very unpresidential tweeter in chief.