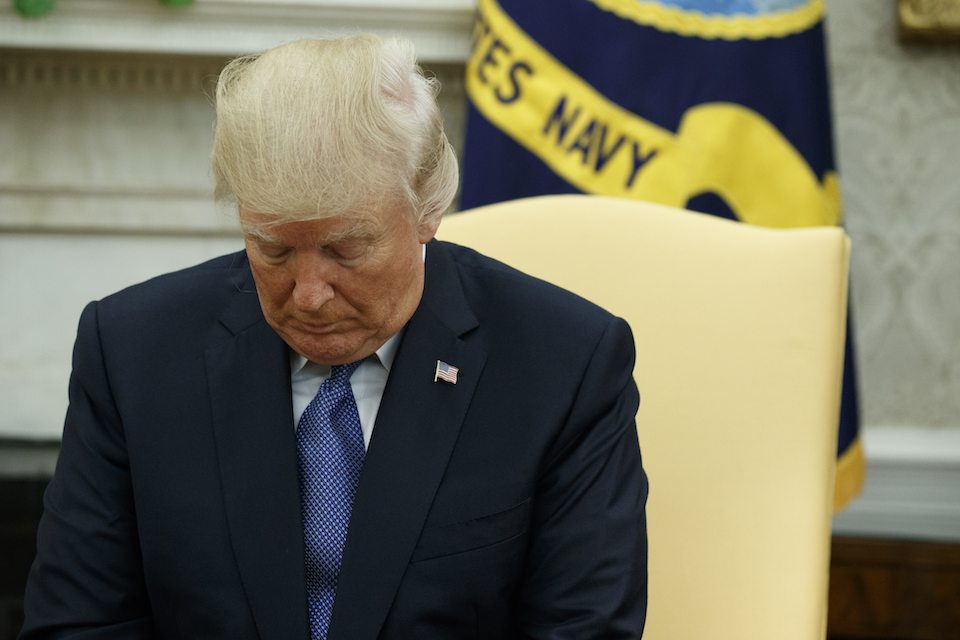 The Trump administration announced on Monday that they would not be imposing new sanctions on Russia, defying mandatory bipartisan legislation.

The Trump administration on Monday blew by another deadline to impose mandatory sanctions against Russia, saying the bipartisan legislation  which was designed to punish Russia for its interference in the 2016 U.S. presidential election, as well as its ongoing aggression towards Ukraine  is not needed at this time.

In a bizarre statement released late Monday, the State Department said legislation passed last year has been effective as a deterrent measure, negating the need to impose any additional sanctions as required by law.

Today, we have informed Congress that this legislation and its implementation are deterring Russian defense sales, said State Department spokeswoman Heather Nauert, referring to the Countering America's Adversaries Through Sanctions Act (CAATSA), which Trump begrudgingly signed into law in August 2017 after it passed with overwhelming majorities in both houses of Congress.

"Sanctions on specific entities or individuals will not need to be imposed because the legislation is, in fact, serving as a deterrent," Nauert said.

The 2017 sanctions bill, which Trump referred to as "unconstitutional" and Secretary of State Rex Tillerson said was unnecessary, required the Treasury Department to begin imposing sanctions against entities doing business with Russia's defense and intelligence sectors.

The State Department released an initial list of entities, including both U.S. and foreign firms, in October  missing the deadline by more than three weeks. Monday's deadline called on the Trump administration to announce which of those entities would face sanctions for dealing with Russian intelligence and defense agencies, and to actually start enforcing the sanctions.

But even before the administration blew through the deadline, many were skeptical about whether Trump would actually follow through with the sanctions, despite the fact that they are required by law. As Politico noted, "Implementing the law robustly would risk harming the relationship Trump has tried to cultivate with Putin  and any delay would mean snubbing Congress authority."

Trump chose to snub Congress and give in to Putin, even as he faces an ongoing investigation into his campaign's ties to Russia. The move only added to existing suspicions about Trump's eagerness to be on friendly terms with a country that is openly hostile to America and to democracies around the world.

Rep. Ted Lieu (D-CA) called the Trump administration's refusal to impose sanctions "unacceptable," asking, "What does Putin have over Trump?"

While the answer to that question remains to be seen, the message sent on Monday couldn't be clearer: By refusing to punish Russia for attacking our democratic process, Trump is inviting them to do it again  and reassuring Putin that as long as he is president, he'll do everything he can to make sure Russia doesn't have to face any consequences.