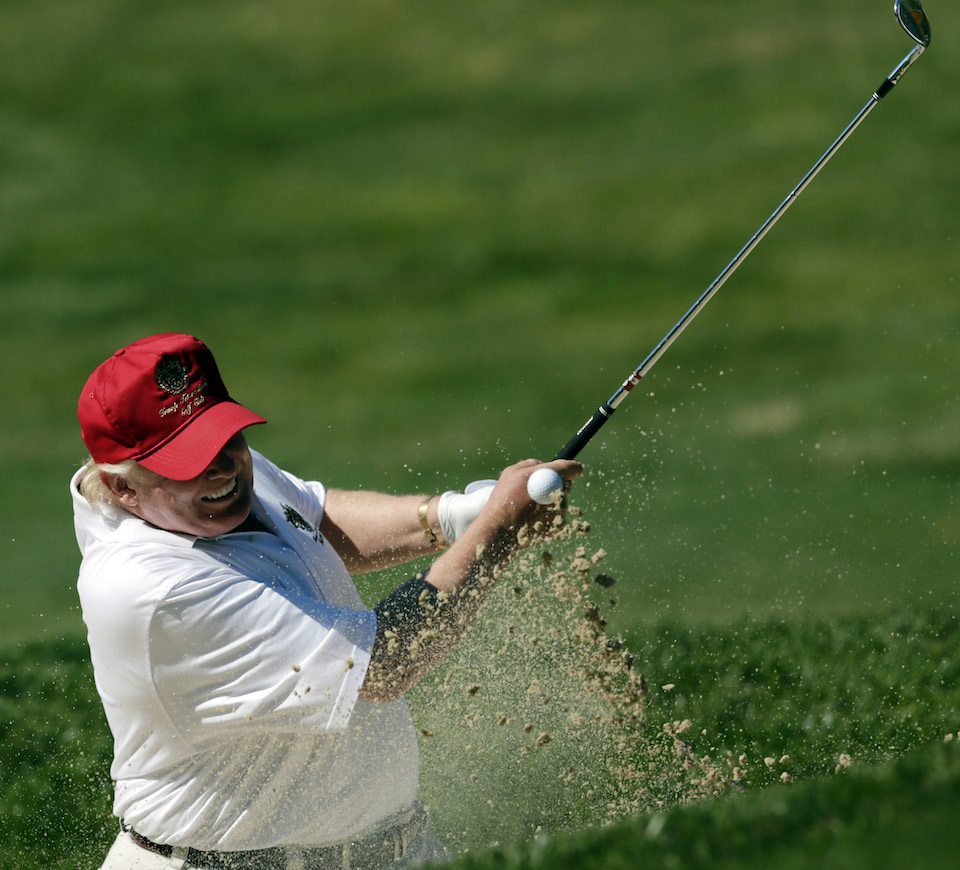 Even as he rails against immigrants, Trump is happy to exploit the labor of undocumented people.

The New York attorney general is investigating whether undocumented workers at Trump National Golf Club Westchester were asked to put in extra hours for no pay, according to the Washington Post. It's just another way that Trump is willing to demonize undocumented people while exploiting them at the same time.

Investigators from the office of New York Attorney General Letitia James have interviewed over two dozen former employees of Trump's golf club. Undocumented workers have come forward with a litany of complaints about the way they were treated while working there.

For some undocumented workers, the offenses were more subtle, such as being denied benefits that were offered to legal employees, including vacation days and health insurance. For others, they were much more glaring. Some worked 60-hour weeks but received no overtime pay.

But the worst was what managers at the club called "side work," the name the used for the practice of asking employees to clock out and then continue to work.

One former employee who had been a head waiter at the club and was also an undocumented Mexican immigrant was routinely told to clock out when the restaurant closed. After he did so, he was required to keep working for no pay, doing things like polishing silverware and vacuuming to help get the club ready for breakfast the following morning.

Another undocumented worker put in full days at the Trump National Golf Club in Hudson Valley, New York, and then tacked on another five hours each day working at Leather Hill Preserve, a private shooting range owned by Eric Trump and Donald Trump Jr.

Given a chance, it seems that Trump and his family will always victimize the people who work for them. And who better to do that to than undocumented people, who generally won't dare go to the authorities when they're forced to work for free?