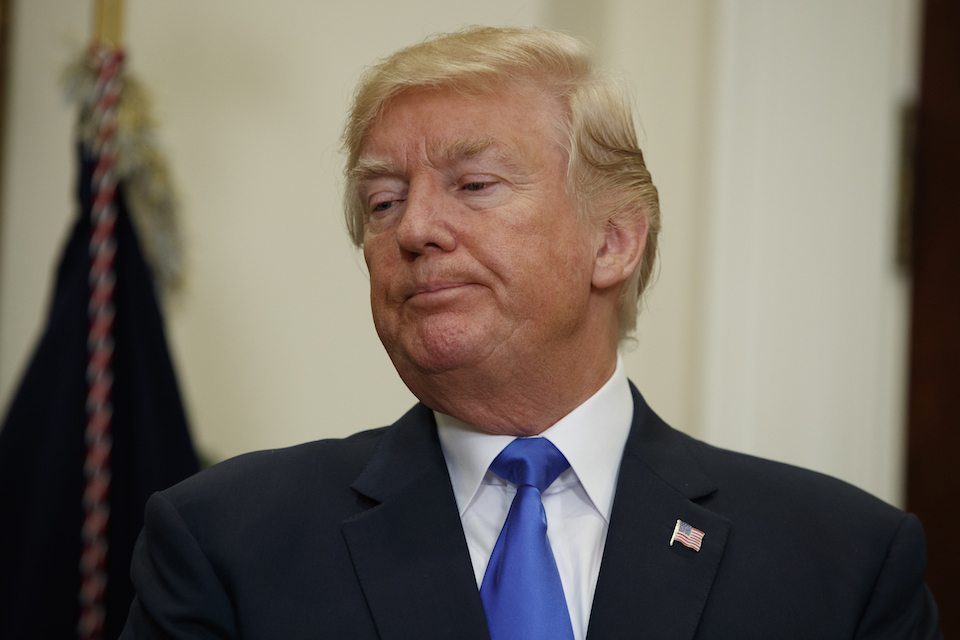 Claims of patriotism ring especially hollow when the supposed commander in chief is silent after American soldiers are murdered in an ambush overseas.

Donald Trump talks a lot about patriotism. But his complete silence — including on his favorite communication medium, Twitter — on the four American soldiers who were killed in an ambush in Niger puts the lie to those lofty claims.

And the fact that he was too busy golfing to say a word publicly about the loss of American lives makes it even more galling.

As CNN reported, as the body of Army Sgt. La David Johnson was brought home following the October 4th attack on a 12-member team of U.S. troops by an ISIS-affiliated group near the border between Niger and Mali, Trump was on one of his many, many golf outings.

11 days later, and there is still no mention from Trump of the attack or the American soldiers who lost their lives.

He has plenty of time to tweet repeatedly about "fake news" and to call the media "frankly disgusting;" to brag about the stock market; to lash out at late night talk show hosts; to whine about wanting more time on TV; and of course, to continue attacking the NFL and athletes who take a knee during the national anthem.

But about four American soldiers murdered by terrorists overseas? And about the massive wildfires currently wreaking havoc across cities in northern California?

At the so-called "Values Voters Summit" Friday, Trump insisted that his administration has "made great strides against ISIS, tremendous strides." Yet even then, he could not bring himself to utter a word about the American troops whose bodies were brought home to their families while Trump was on the back nine.

When asked during a recent press briefing about possible retaliation for the ambush, all press secretary Sarah Huckabee Sanders had to offer was the usual thoughts and prayers, and to say, "We're continuing to review and look into this."

And Defense Secretary James Mattis took until October 11 to address the topic publicly, saying, "We will look at this and say was there something we have to adapt to now, should we have been in a better stance."

"We’re not complacent, we’re going to do better," Mattis insisted.

"Doing better" could start with the supposed commander in chief taking a break from tweeting tantrums about the media and football players, and instead directing his attention to American soldiers who gave their lives for the country.

When he has a break on the golf course, that is.