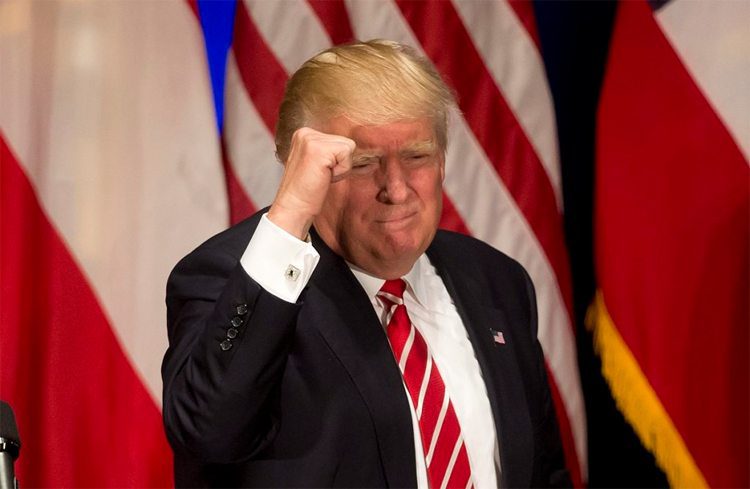 As I have previously observed, Donald Trump's first instinct after a public act of violence is to do a touchdown dance, explicitly congratulating himself for being "right" or wondering when (other) people will "wake up" or "learn" or "get smart," followed by the inevitable grave musings about how things are getting worse. Condolences and concern for the victims is invariably the last thing on his mind.

Trump doesn't appear to care about victims of public acts of violence, nor does he care about what reverberating effects his commentary might have on people who commit these acts. All he cares about is braying, even if incorrectly, about how he "called it."

After the recent attack in New York City, Trump's primary concern was taking credit for having coincidentally jumped to the right conclusion as others waited for the facts to come in:

Trump takes credit, once again, for "calling it" -- on the bombs in New York:
"I should be a newscaster! ... I called it before the news."

This is the latest in a long line of macabre victory laps he's run in precisely the same vein, his first impulse never being condolences or concern for victims. After the attack in Brussels:

Do you all remember how beautiful and safe a place Brussels was. Not anymore, it is from a different world! U.S. must be vigilant and smart!

After the attack in Orlando:

Appreciate the congrats for being right on radical Islamic terrorism, I don't want congrats, I want toughness & vigilance. We must be smart!

After the attack in Turkey:

Yet another terrorist attack, this time in Turkey. Will
the world ever realize what is going on? So sad.

After an attack in Baghdad:

The third mass attack (slaughter) in days by ISIS. 200 dead in Baghdad, worst in many years. We do not have leadership that can stop this!

After the attack in San Bernardino, he manually retweeted someone saying his poll numbers go up every time there is an attack:

The Nice truck massacre, unfortunately, was no different—even after he was offered some sage advice to help him avoid being exploitative. At 6:18 pm, my colleague Peter Daou anticipated that Trump would skip the requisite statesmanship and condolences:

Dear @realDonaldTrump: When you tweet about the #BastilleDay tragedy in #France, please remember, people died and it's about them not you.

Sure, enough, 22 minutes later, this is what Trump tweeted:

Another horrific attack, this time in Nice, France. Many dead and injured. When will we learn? It is only getting worse.

Even after tragedies that aren't terror attacks, he doesn't bother to wait until all the facts come in before doing the same morbid jig:

Looks like yet another terrorist attack. Airplane departed from Paris. When will we get tough, smart and vigilant? Great hate and sickness!

On August 27, Trump published an incredibly insensitive tweet after the death of Nykea Aldridge, a Black woman who was killed in a crossfire while pushing her baby in a stroller in Chicago. Aldridge was the cousin of basketball star Dwyane Wade.

Dwyane Wade's cousin was just shot and killed walking her baby in Chicago. Just what I have been saying. African-Americans will VOTE TRUMP!

Again, Trump's first impulse is to crow that he is "right." His tweet was met with appropriate outrage.

As Hillary Clinton noted: Trump makes everything about him, even "the killing of people."

Trump thrives on fear. He exploits death. And his campaign does not exist in a vacuum: It exists in a time of global darkness; in a time of division fomented by violent extremists at home and abroad. He has been used at least twice in terrorist recruitment media. While Trump did not cause global terrorism, his irresponsible and inflammatory policies and rhetoric also do not exist outside of it.

A person running for the United States presidency is given one of the most visible platforms on the planet. Trump has chosen to use that platform to respond to terrorist attacks as though he's just run a football into the end zone.

On the one hand, he feeds fear that more terror is to come. On the other, he promises to assuage that fear with his leadership. And embedded right in the middle is a sickening celebration that he's right about how dangerous the world is, and a revolting glee that more death has both proved him right and given him another reason to claim that he is.

His tweets—and commentary at his incendiary campaign rallies—create a terrible feedback loop. A terror attack happens; he feeds the fear that more will come in order to justify his reactionary policy. His reactionary policy is used in propaganda to recruit terrorists to commit more attacks.

A U.S. presidential candidate has positioned himself as someone who takes advantage of global terror rather than projecting maturity, calm and control. The world sees that.

The message we must send to the rest of the world in November is clear: He doesn't represent our majority.

We mustn't celebrate with him. We must only celebrate his defeat.