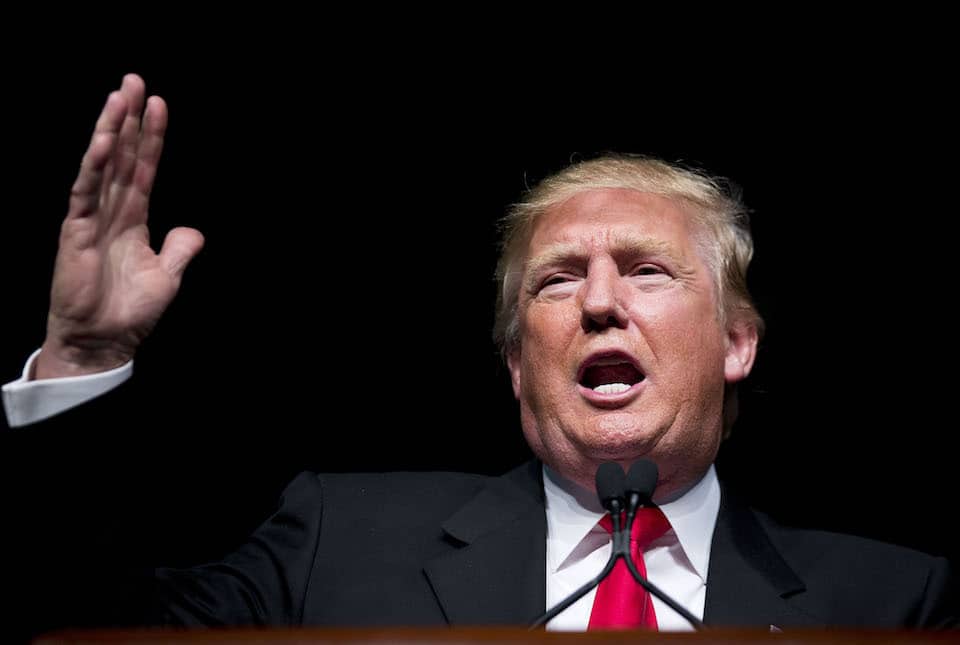 Donald Trump said monuments to pro-slavery Confederate figures were "beautiful," and said he was saddened by their removal, again demonstrating his embrace of white supremacy.

Donald Trump described monuments to slavery defenders as "beautiful" as he continued to debase and devalue the presidency of the United States.

"Sad to see the history and culture of our great country being ripped apart with the removal of our beautiful statues and monuments," Trump lamented, referring to the grassroots movement to remove statues littered around the United States honoring the treasonous pro-slavery Confederacy. He added, "the beauty that is being taken out of our cities, towns and parks will be greatly missed and never able to be comparably replaced!"

He again compared the Confederates, who sought to destroy the United States, to the Founding Fathers, writing, "Robert E Lee, Stonewall Jackson - who's next, Washington, Jefferson? So foolish!" Baltimore recently removed its last remaining several statues of that ilk, including one of Roger B. Taney, who wrote the Dred Scott decision that declared blacks non-citizens because they were property.

Other statues and monuments hail Confederate generals and soldiers.

The Confederacy was about the preservation of human slavery. Particularly, owning black people.

A statue honoring that can never be "beautiful." And to describe it in that manner is a clear demonstration of how unfit Donald Trump is to serve in the presidency.

But it is also not a surprise. Trump has built his entire political brand on white supremacy and denigration of non-whites. He launched his campaign attacking Mexicans as "rapists," he called for a Muslim ban, and he was the most prominent backer of the racist birther conspiracy theory about President Barack Obama.

Donald Trump is the epitome of racial hatred and pro-white supremacy, and the only occupant of the White House in the modern era to embrace this role so openly. He is in open rebellion against the civil rights that thousands of Americans fought and died for.