Home National Trump had to have his signature issue of trade explained to him...
Support progressive journalism.
Donate today 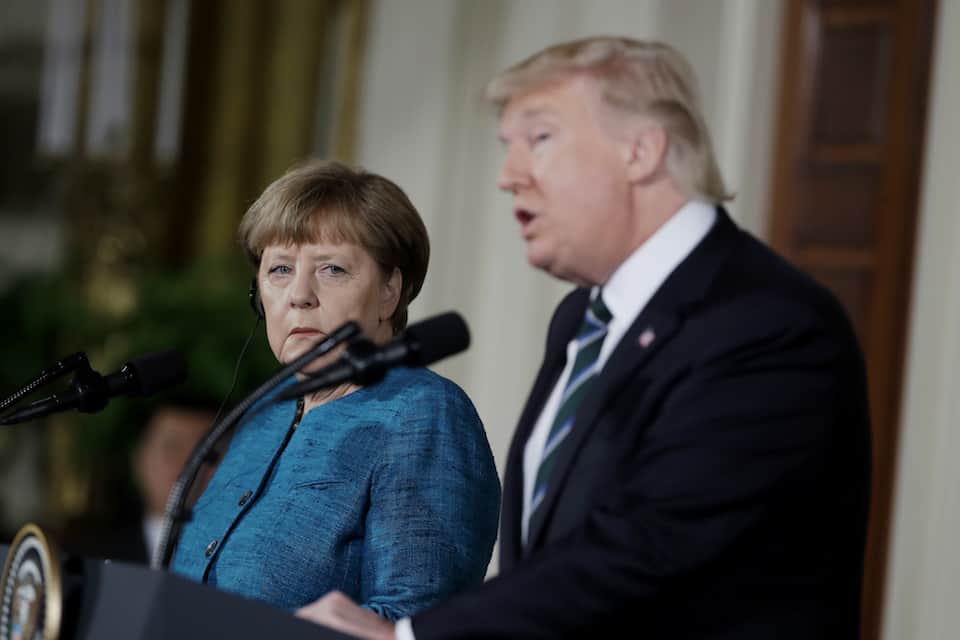 Donald Trump never stops demonstrating his dangerous and embarrassing unfitness for office, as he did when German Chancellor Angela Merkel reportedly had to explain to him — eleven times — how trade with the European Union works.

A lot of attention is rightfully paid to the more sinister aspects of Donald Trump's presidency, like the ongoing collusion investigation, or his many conflicts of interests, or his open racism and misogyny, or his pathological penchant for lying, or any of the other multitude of potentially impeachable offenses he has engaged in.

Thus, it is easy to forget that even if none of these terrible problems existed, Trump's fundamental ignorance alone would make him unfit for office.

One bold reminder of that fact comes from a recent Times of London report, in which senior German officials revealed that Trump was completely, obstinately ignorant about one of his own key campaign issues when he met with Chancellor Angela Merkel:

They continued: "On the eleventh refusal, Trump finally got the message, 'Oh, we’ll do a deal with Europe then.'"

Merkel reportedly told her cabinet members that Trump had "very basic misunderstandings" on the "fundamentals" of the EU and trade.

Such ignorance would be embarrassing no matter what, but it is doubly so given that this particular issue combines two  of the major pillars of Trump's presidential campaign: Trade and the European Union. During the campaign, Trump used the Brexit vote to bolster his own anti-immigrant, anti-trade campaign, and it turns out he knew nothing about it.

Trump's dangerous ignorance has been a poorly-covered facet of his presidency, such as when he had to interrupt a call with Russian dictator Vladimir Putin to ask an aide what the New START Treaty was, or more recently, when he lost an entire aircraft carrier battle group.

Trump's lack of knowledge and his utter incompetence were already well-known when he was elected. And rather than attempting to improve himself on either front, Trump seems to prefer making a global spectacle of his failings.