Home National Trump hands off opioid crisis to Melania so he can focus on...
Support progressive journalism.
Donate today 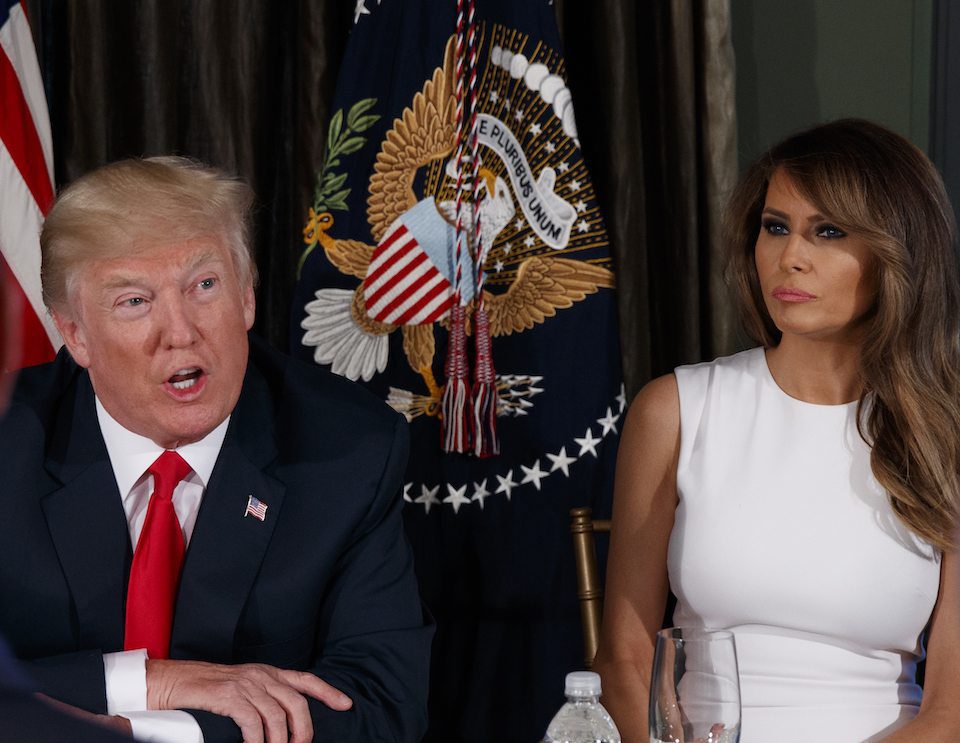 Donald Trump called an NFL owner four separate times in one day to complain about black players protesting racism. But when the White House addressed opioid addiction, he was missing in action.

Donald Trump demonstrated his lack of concern for the ongoing opioid crisis by outsourcing it to his wife while he spent time hassling Cowboys owner Jerry Jones about NFL players protesting during the national anthem.

KXAS in Dallas reported that Trump called Jones "four times throughout the day in an effort to determine what the team would do for the national anthem" ahead of the Cowboys' game on Monday. The harassment campaign was part of Trump's obsession with black players demonstrating against police brutality.

Ultimately, the players — along with Jones — knelt before the anthem, and ratings for "Monday Night Football" soared after Trump pushed for a boycott of the league.

Asked whether his incessant complaints about the NFL interfered with more important work for the president of the United States, Trump boasted, "I have plenty of time on my hands."

But apparently, he doesn't have time to deal with the opioid abuse crisis, which claimed the lives of over 15,000 people as a result of overdoses in 2015.

Over the summer, Trump described the issue as "a national emergency" — though he still has not made that declaration official, despite the recommendations of his own presidential commission. But at Thursday's White House roundtable on the crisis, he sent his wife, Melania, instead of doing the work himself.

Trump only had a handful of events on his schedule; he could have easily made time to contend with the issue claiming 91 American lives every day, just as he found time to call the multi-billionaire sports owner.

Melania explained in the meeting that she was there because "the well-being of children is of utmost importance to me," and she wanted to use her platform to help children with the many issues they face, indicating that "drug addiction, especially opioid abuse, is one of those issues."

That rhetoric may help to explain why she is considerably more popular than her spouse, but with her husband missing in action on an issue on which he campaigned — and credited, in part, for his election victory — it manages to make him look even worse than he already did.

New Jersey Republican Gov. Chris Christie recently characterized the opioid death toll as "a 9/11-scale loss of life" every three weeks — a massive public health issue to which Trump apparently has no time to devote.

But he has called up an NFL owner to rant about the national anthem. Four times. In one day.