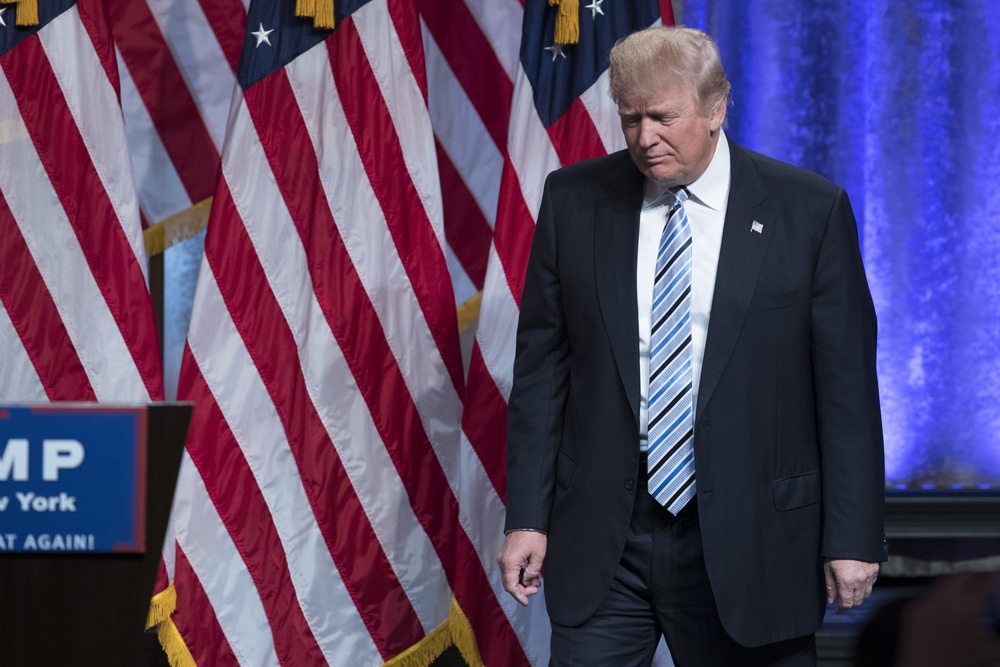 It was bound to happen: Donald Trump would echo Mitt Romney's infamous 47% comment. Mother Jones has the scoop: "More than once, the reality television celebrity has dismissed tens of millions of Americans—up to half of all Americans—as shiftless people with no desire to work." For Trump, the number of good-for-nothing Americans is 50%.

[Trump] engaged in his own demonization of Americans that has echoed the "47 percent" comment that landed Mitt Romney in trouble during the 2012 campaign. More than once, the reality television celebrity has dismissed tens of millions of Americans—up to half of all Americans—as shiftless people with no desire to work.

Speaking to Sean Hannity, this is what Trump said:

The problem we have right now—we have a society that sits back and says we don't have to do anything. Eventually, the 50 percent cannot carry—and it's unfair to them—but cannot carry the other 50 percent.

Recall, here's what got Romney in hot water:

There are 47 percent of the people who will vote for the president no matter what. All right, there are 47 percent who are with him, who are dependent upon government, who believe that they are victims, who believe the government has a responsibility to care for them, who believe that they are entitled to health care, to food, to housing, to you-name-it. That that's an entitlement. And the government should give it to them. And they will vote for this president no matter what…These are people who pay no income tax.

Trump went a step further than Romney, and bumped the number up to 50%.

Trump had expressed this view before. During a January 2015, interview with Kasie Hunt of MSNBC, he proclaimed, "We have a tremendous amount of people in this country that don't want to work. They have no inclination to work." When Romney was caught saying that 47 percent of Americans do not accept the responsibility to take care of themselves, Trump declared that Romney should not apologize because he was essentially correct.

Now let's see whether this gets a fraction of the corporate media attention that Hillary Clinton's cough received.