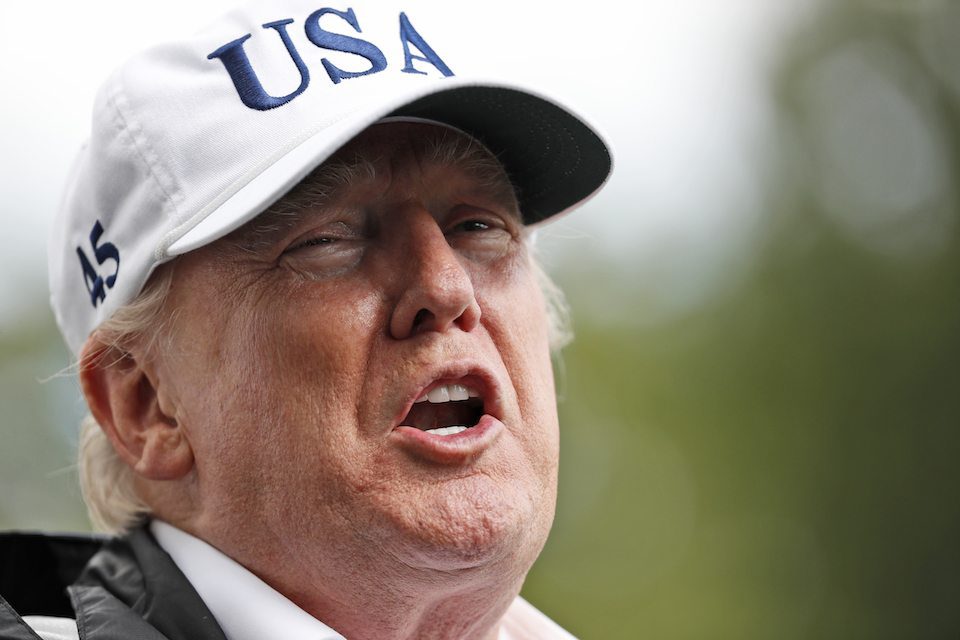 Trump has plenty of time to tweet, but the supposed commander in chief can't find the time to say one word about Marines killed overseas.

Trump is once again ignoring the deaths of United States service members killed overseas in a combat zone.

The Marines were killed on Monday when an improvised explosive device (IED) was detonated. Three other service members were injured in the attack, along with an Afghan contractor.

"We feel and mourn the loss of these Americans with their families and loved ones," said Gen. Scott Miller, Commanding General of Resolute Support and U.S. Forces Afghanistan.

Navy Secretary Richard Spencer confirmed their deaths during a congressional hearing Tuesday, and Sen. James Inhofe (R-OK) asked for a moment of silence during the proceedings.

But Trump has ignored the deaths.

The White House has not released a statement on the deaths, nor has any reference been made to the killings in public remarks from Trump or Mike Pence.

Instead, he found time to tweet out a video attacking celebrities over his electoral successes. The video has since been removed due to a copyright claim from Warner Bros. for using music from "The Dark Knight Rises." It went after Rosie O'Donnell, Amy Schumer, and Bryan Cranston, along with President Barack Obama and Hillary Clinton.

Trump also took the time to hail a completely false graphic from Fox that inflated his anemic approval rating by 12 percentage points. He has promoted multiple videos from Fox, and causally accused Democrats of being "treasonous" for not supporting his various demands pertaining to the southern border.

Trump, as commander in chief, has often ignored the deaths of soldiers serving in war zones.

He did his best to ignore an Army specialist in May of last year, and instead of discussing a soldier killed in Afghanistan, Trump chose to live-tweet his friends at Fox News.

For the surviving families, Trump's snub may be a blessing in disguise. He viciously attacked Myeshia Johnson, the widow of Army Sgt. La David Johnson, who was slain while serving in Niger.

Trump and his administration also went after Rep. Frederica Wilson (D-FL), a friend of the family who called out Trump for his callous indifference to the grieving family.

Trump often brags about his relationship with the troops and veterans, but he rarely makes time to honor those who have sacrificed their lives in service to their country.

Trump doesn't care and doesn't even pretend to care. And it shows.