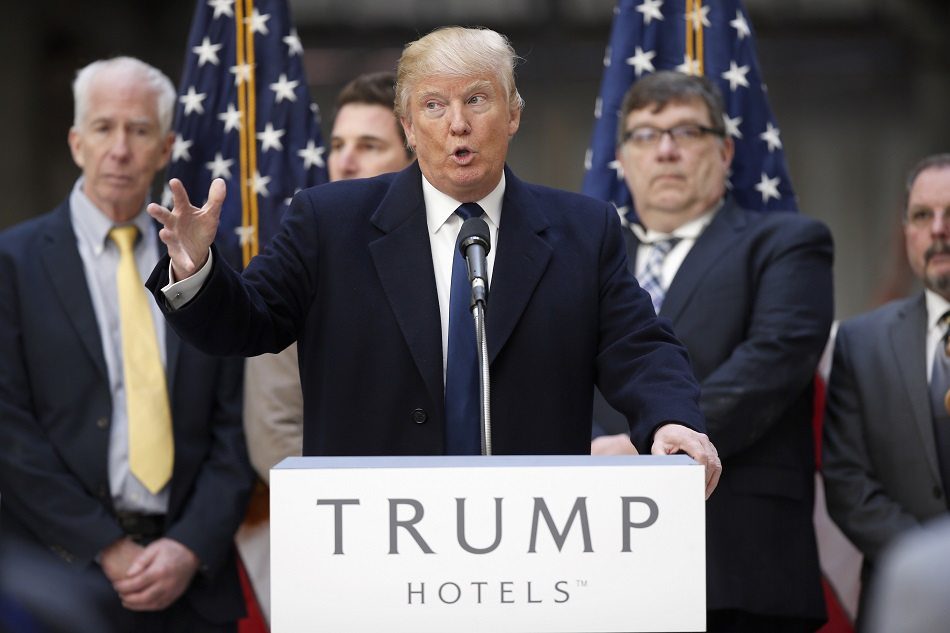 If President-elect Donald Trump does not sell off some of his business holdings immediately, he could be in violation of the Emoluments Clause of the Constitution.

Donald Trump's financial conflicts of interest have been well-documented for months. His property holdings in foreign countries create a serious risk that he could manipulate federal law to reduce oversight of his own businesses, offer preferential treatment to foreign states that give him business contracts, or profit from real estate deals with international entities which are a risk to national security.

Trump surrogate Rudy Giuliani recently went on national television to proclaim conflict of interest laws do not apply to the President of the United States. Incredibly, Giuliani is mostly correct: there is no law that says presidents cannot run a side business. It would be unprecedented, but not illegal per se.

There is one catch, though: Trump's international holdings and contracts with foreign governments could be unconstitutional.

Article I, Section 9, Clause 8 of the Constitution reads:

No Title of Nobility shall be granted by the United States: And no Person holding any Office of Profit or Trust under them, shall, without the Consent of the Congress, accept of any present, Emolument, Office, or Title, of any kind whatever, from any King, Prince, or foreign State.

This is known as the "Emoluments Clause" and it exists to prevent U.S. officials from being bribed or influenced by foreign powers.

Multiple legal experts have argued that Trump's overseas business dealings could constitute a "present" from foreign states. George W. Bush's former ethics lawyer argues any time Trump charges more than market value for his services — which is frequently — the difference constitutes a gift. That is, foreign dignitaries might be willing to pay more at his properties than they would at another property, or governments might charge him less to build new properties on their soil than they would charge others, as an under-the-table bribe to win diplomatic favors.

Thus Trump could be violating the Emoluments Clause in several of his business dealings, from charging foreign diplomats to stay at his D.C. hotel to his ongoing real estate partnerships in India. Basically, any time Trump is making a deal either with, regulated by, or on the soil of foreign governments, it is a red flag.

The geopolitical problems which could be caused by even the appearance of preferential treatment are evident:

Trump has repeatedly claimed he will put his business holdings into a "blind trust," but in reality he is just handing over control to his children.

Fordham University professor and former congressional candidate Zephyr Teachout has pointed out that Trump cannot really get around the rules by keeping the business in his family, and even Giuliani himself conceded that this does not count.

In fact, some have argued it would be impossible for Trump to set up a true blind trust.

The simple fact is that if Trump does not entirely sell off his foreign holdings by January 20th, there are grounds to investigate him for an impeachable offense on the day he is sworn in. Congress must do the right thing and hold the incoming president accountable for any abuse of power.