Home National Trump is clowning on Twitter to distract you from a major story...
Support progressive journalism.
Donate today 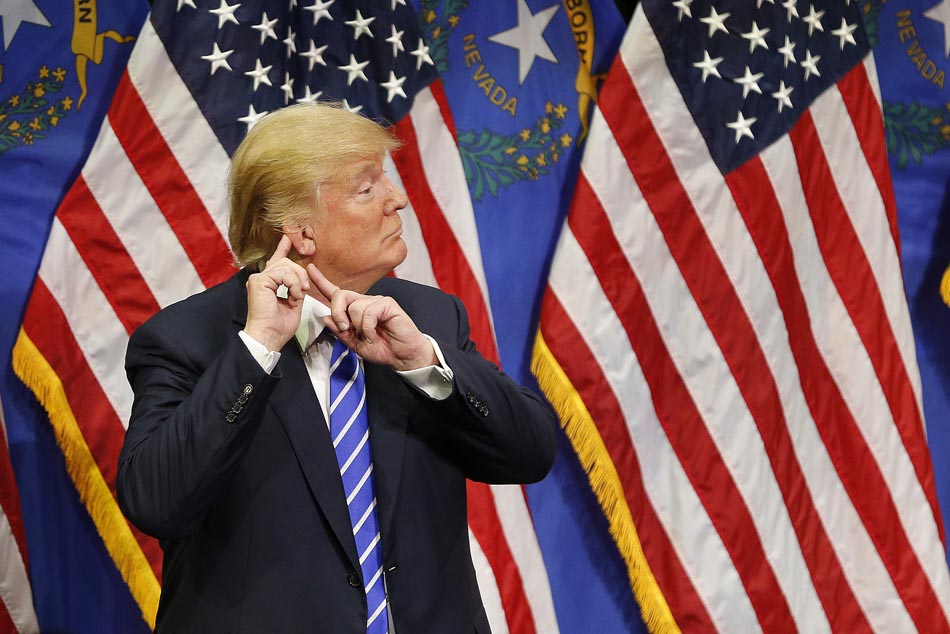 First, he used the Hamilton story as misdirection from a major conflict of interest story. Then, he used criticism of Saturday Night Live as a sideshow to obfuscate criticism of his dreadful infrastructure proposal. Now, he is tweetstorming about the recount effort in the hopes of distracting from an important story about exploiting the presidency to line his pockets.

This is what Trump is trying to distract from, in his tantrum about vote counts today. Keep your eye on the ball, media. https://t.co/IeL3tzPD9X

One may wonder why Donald Trump would be interested in tweeting about election recount efforts, given that it risks calling attention to the fact that Hillary Clinton's lead in the popular vote now exceeds two million votes.

It is not immediately obvious why it would help an incoming president who is deeply unpopular and divisive to call attention to his clear lack of a mandate.

Unless you have been paying attention to Trump's habit of creating a story on his Twitter timeline every time he needs to obfuscate a major story detailing his corruption.

So here we are again. Trump goes off on an early morning tweetstorm to distract people from this New York Times piece, in which a review of his business dealings "identified a menu of the kinds of complications that could create a running source of controversy for Mr. Trump, as well as tensions between his priorities as president and the needs and objectives of his companies."

In addition to detailing an incredible number of potential conflicts of interest, the Times asks:

Another question is, who will be responsible for security at the Trump Towers around the world, especially in the Middle East, which terrorism experts say may now become more appealing targets as symbols of American capitalism built in the name of the president?

Shareblue has also raised the specter of Trump's international properties becoming prime terrorist targets. It is a question in urgent need of answering.

But Trump has no inclination to answer it, because there simply is no satisfactory answer, short of a promise to divest himself entirely of his business interests. Which he is never going to do, since using the office of the presidency to enrich himself has long been his apparent objective.

Trump's business has been "preparing to capitalize" on the presidency since last spring, the @nytimes reports:https://t.co/XyTuESj9sO pic.twitter.com/3XYgUbfAFr

So instead, he creates a sideshow in order to obfuscate the question.

The president-elect is engaging in a horrible game of media manipulation, and many outlets will regrettably fall for it.

Learning the rules is imperative. When there are reports of his caterwauling on Twitter, treat it like an alarm alerting you to the presence of troubling news that deserves and needs your focused attention.

Trump has done nothing on gun violence since El Paso mass shooting 1 year...