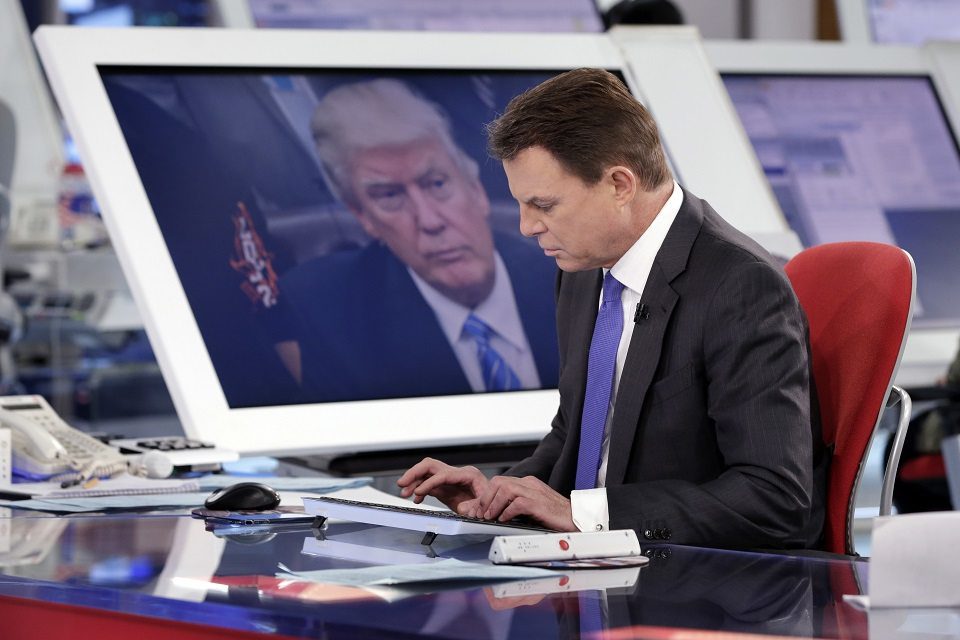 Conservative voices in the corporate news media have begun pushing back against Donald Trump’s assault on the First Amendment and the right-wing canard of "fake news." Something has changed.

Donald Trump and his team have repeatedly lied to the media, on issues big and seemingly small. When they do not lie, they refuse to even answer emails from reporters who — despite knowing they are likely to be served up a whopper — do the right thing and ask them for comment anyway. Then, when those stories come out, they lie again and say the reporters simply made it up or never asked them about it.

Trump recently took the argument even further by designating journalists the "enemy" of the American people. Chief of Staff Reince Priebus backed him up on Meet The Press, telling host Chuck Todd, "I think the media needs to, in some cases, not every case … but in some cases, really needs to get its act together."

Finally, some in the press have started to push back, and even from firmly conservative territory — as in, Fox News conservative.

When Priebus appeared on Fox News Sunday, host Chris Wallace explained to him, "We don’t have a state-run media in this country, that’s what they have in dictatorships."

PRIEBUS: OK, listen, Chris, it’s not just two stories. Then, it’s followed up by 24 hours a day, seven days a week of other cable stations, not necessarily FOX, that all day long on every chyron, every seven minutes are talking about the Russian spies, talking about the intelligence community, talking about how me and Steve Bannon don’t like each other, and what’s Kellyanne doing? All this is just total garbage, unsourced stuff.

Listen, there is nothing wrong with background. Reporters need background information. We need to communicate with reporters and give reporters context. All I’m saying, though, is if you are going to come out with this — if you’re going to come out with this story that says Russian spies are talking to your campaign, my God — I mean, you actually — I think that you should in some cases or in most cases actually have a named source.

Look what we’ve done. We’ve repealed TPP. We have signed a coal bill to save the coal industry. We named Neil Gorsuch. We put a —

WALLACE: And you know what, Reince?

PRIEBUS: — to deregulate the federal government.

WALLACE: Wait a minute, we and all of the other cable channels have covered live the announcement of Neil Gorsuch.

WALLACE: We covered all of those news conference live. Everybody did.

PRIEBUS: Right. Sure, yes, for about — yes, right. But then as soon as it was over, the next 20 hours is all about Russian spies —

WALLACE: But you don’t get to tell us what to do, Reince.

PRIEBUS: — nothing is happening. Give me a break.

WALLACE: You don’t get to tell us what to do any more than Barack Obama did. Barack Obama whined about Fox News all the time, but I got to say, he never said that we were an enemy of the people.

Meanwhile on CNN, where Trump’s podium got more airtime during the campaign than any candidate other than Trump, host Don Lemon engaged in strong pushback, as well. Lemon is no knee-jerk liberal: In the past he has come down on the conservative side of the aisle, once blaming the victim of an alleged rape for not fighting back enough, while also asking a Muslim guest — without any evidence — if he was a supporter of ISIS.

Responding to a pro-Trump pundit Paris Dennard echoing the leader’s claim that CNN produces "fake news," Lemon explained that, "No one that I know has put out anything to intentionally deceive someone." He continued, "If you don’t want to participate in the news stories on this network, then don’t come on and participate. But don’t call them fake because you don’t agree with them." When the pundit again called CNN fake news, Lemon simply ended the segment.

LEMON: Do you actually know what the definition of fake news is?

DENNARD: What we are doing right now. This is the story.

DENNARD: Don, this is a fake news story in my opinion, because the underlying assumption is that —

LEMON: Thank you very much, everyone. Thanks for watching. Have a great weekend. Good night, all.

The exchange also highlights one of the paradoxes of Team Trump: They attack the news media for skeptical journalism, but they are perfectly fine with using it to push their agenda, often relying on the press to simply regurgitate stories without question.

The new wave of media resistance to Trump may have been ignited by Shep Smith, also of Fox News. After Trump’s weird, rambling, meandering press conference on February 16, Smith had clearly had enough:

SMITH: Treating Jim Acosta over there from CNN, an accomplished reporter, a guy I've never met but is a good reporter. Treating him like he's — I'm not even going to use the word. I'm not going to give Twitter the love it needs. It's crazy what we're watching every day. It's absolutely crazy. He keeps repeating ridiculous throwaway lines that are not true at all. And sort of avoiding this issue of Russia as if we're some kind of fools for asking the question. Really? Your opposition was hacked and the Russians were responsible for it and your people were on the phone with Russia on the same day it was happening and we're fools asking questions? No, sir, we're not fools for asking this question and we demand to know the answer to this question. You owe this to the American people. Your supporters will support you either way. If your people were on the phone — what were they saying? We have a right to know. We absolutely do. And that you call us fake news and put us down like children for asking these questions on behalf of the American people, is inconsequential. The people deserve that answer, at very least.