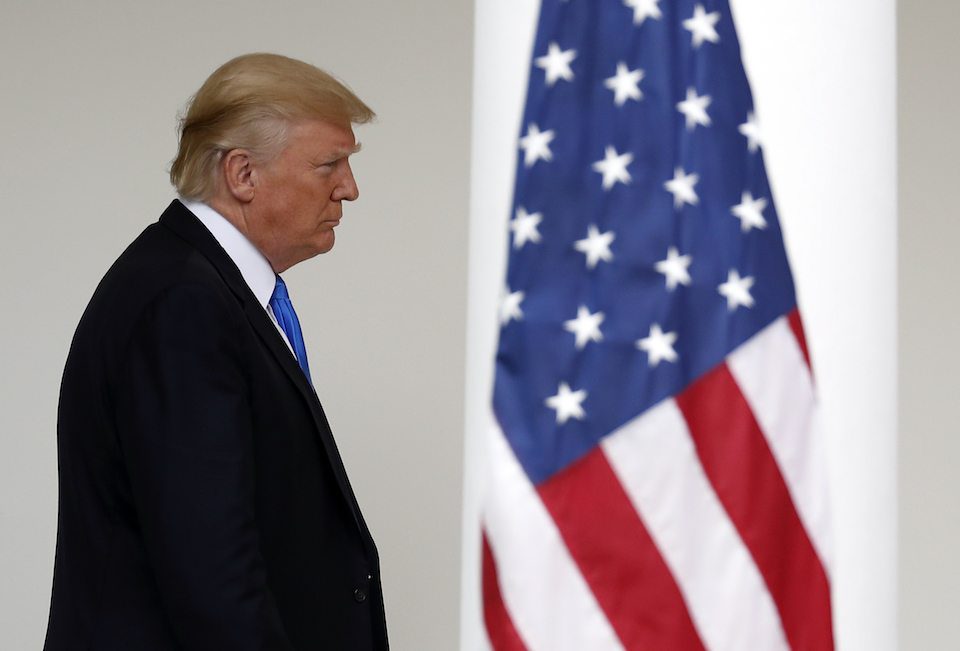 For the first time this year, we're seeing an organized Republican pushback against the White House. It's slight, but it's a start.

In what’s shaping up to be perhaps the first organized effort this year within the Republican Party, and the conservative movement, to push back against Donald Trump, “beleaguered” Attorney General Jeff Sessions has emerged as the unlikely flashpoint for the mini-rebellion.

Turning his own Department of Justice chief into the latest target of White House bullying has been a bizarre spectacle to watch in recent days. Perhaps even more astounding has been seeing Republicans and conservatives finally mount any sort of coordinated pushback against Trump.

South Carolina Sen. Lindsey Graham, who was one one of Trump's harshest critics during the presidential campaign, said Trump's attacks "highly inappropriate" and issued a statement of support for Sessions, calling him "one of the most decent people I've ever met in my political life."

In truth, the GOP statements of supports are really the least they could do. But compared to Republicans’ previous six months of complete capitulation to the White House, it marks a noteworthy development.

To date, Trump hasn’t been able to find a single, high-profile Republican who supports the strategy of maligning Sessions because he’s not properly protecting Trump from the unfolding Russia investigation.

Mr. President, maybe just try a meeting? This is beneath the office - of any held office - from city councilman to POTUS. https://t.co/5u7E2n0m6G

On talk radio, Rush Limbaugh conceded, “It’s also a little bit discomforting, unseemly, for Trump to go after such a loyal supporter this way.”

Two elements seem to be working in Sessions’ favor this week. First, he’s a former U.S. senator, which means his Republican colleagues in Congress are relatively quick to defend one of their own as Trump regularly denigrates Sessions in public, calling him “beleaguered” and “VERY weak.”

Unlike Sessions, who was the first senator to support Trump’s campaign, Shelby did not endorse anyone during the GOP primary. In fact, unlike Sessions, most Republican senators did not enthusiastically endorse Trump and his chaotic campaign last which, which may be another reason they’re standing up to Trump's attempt to bully a former senator.

And that’s why Breitbart, the reliably pro-Trump site, defended Sessions from White House swipes: It’s concerned Trump’s attacks on Sessions will complicate building a wall along border of Mexico and the U.S.

“Sessions represents one of the vital pillars of Trump’s immigration agenda,” according to Breitbart.

As for his decision to recuse himself from the Russia investigation, a move that’s currently driving Trump to distraction, prominent Republicans are siding with Sessions.

Sessions “made the right decision under the rules of the Justice Department” in recusing himself, echoed Rudy Giuliani in comments to CNN on Monday.