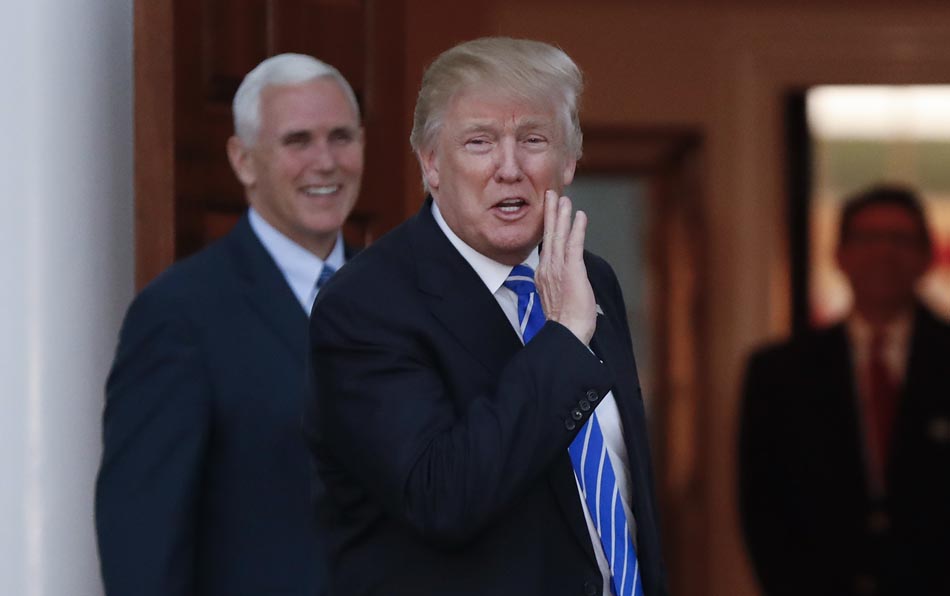 In the wee hours of the morning, President-elect Donald Trump tweeted his grievance with the "totally one-sided, biased" (in his estimation) Saturday Night Live. This is not normal, and it is chilling. But it is also a distraction from news about his deeply concerning conflicts of interest and criticism of his dreadful infrastructure proposal.

I previously warned that Donald Trump was tweeting about Mike Pence attending the musical Hamilton to misdirect attention from a story about foreign dignitaries staying at Trump's D.C. hotel.

That is not to suggest the Hamilton story was not important in and of itself: A president-elect shaming artists for exercising their First Amendment rights is contemptible. It is, however, unlikely to register as much of a problem with his loyal supporters. Their "change candidate" abusing his office might be more of a concern to them — and is surely of concern to government watchdogs.

Today, the story repeats itself. Trump's infamous early-morning tweeting included criticism of Saturday Night Live for being unfair to him:

I watched parts of @nbcsnl Saturday Night Live last night. It is a totally one-sided, biased show - nothing funny at all. Equal time for us?

To be clear: A comedy show which has, for four decades, tasked itself with making fun of politicians, including presidents, has no obligation to be fair to the president-elect. (I will also note, as an aside, that Trump has now targeted two casts, both of which are diverse, including women, people of color, and out queer people.)

His criticism is unjustified and alarming, given his newly acquired position and its attendant power. It is indicative of the brittle, insecure, and rancorous temperament about which critics warned during the election. It is also a misdirection.

Trump's tweet storms aren't impulsive. He wants us to be talking about Hamilton -- and not stories like this. https://t.co/fPnX0VvKlE

Here, for the second day in a row, is a major conflict of interest story about business dealings that may not merely be unethical but unconstitutional.

Further, Ronald A. Klain has written a critically important piece for the Washington Post detailing the deception of Trump's proposed infrastructure plan.

First, Trump’s plan is not really an infrastructure plan. It’s a tax-cut plan for utility-industry and construction-sector investors, and a massive corporate welfare plan for contractors. The Trump plan doesn’t directly fund new roads, bridges, water systems or airports, as did Hillary Clinton’s 2016 infrastructure proposal. Instead, Trump’s plan provides tax breaks to private-sector investors who back profitable construction projects. These projects (such as electrical grid modernization or energy pipeline expansion) might already be planned or even underway. There’s no requirement that the tax breaks be used for incremental or otherwise expanded construction efforts; they could all go just to fatten the pockets of investors in previously planned projects.

…Second, as a result of the above, Trump’s plan isn’t really a jobs plan, either. Because the plan subsidizes investors, not projects; because it funds tax breaks, not bridges; because there’s no requirement that the projects be otherwise unfunded, there is simply no guarantee that the plan will produce any net new hiring. Investors may simply shift capital from unsubsidized projects to subsidized ones and pocket the tax breaks on projects they would have funded anyway. Contractors have no obligation to hire new workers, or expand workers’ hours, to collect their $85 billion.

There is much more. All of which Trump is certainly hoping will be ignored, especially as his infrastructure plan becomes central to discussions about where there may be bipartisan support for his agenda.

The details matter. And we must be vigilant about focusing on and amplifying them, because he will do everything he can to create riveting subterfuge to distract us.