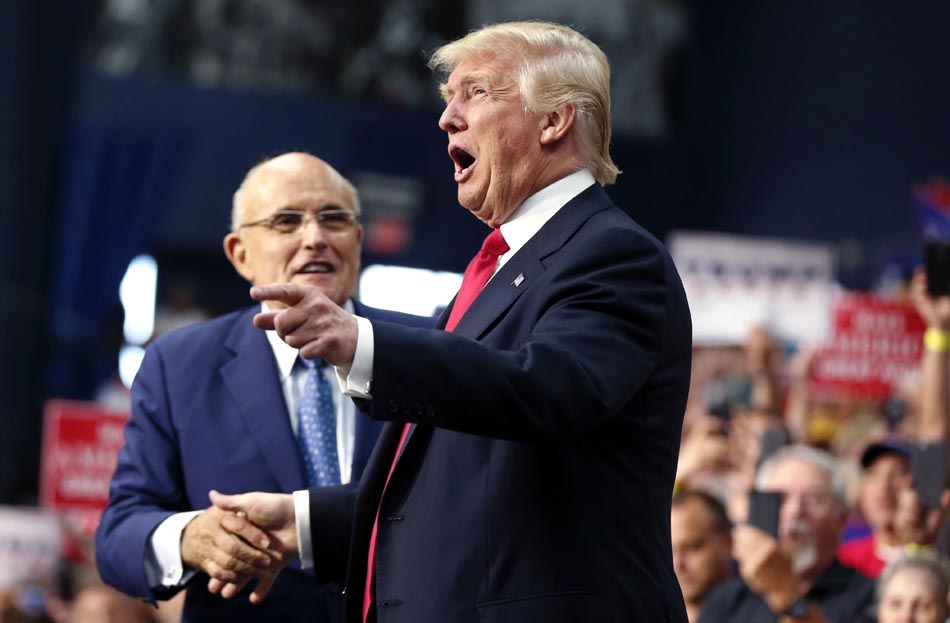 President-elect Donald Trump has an unusually small pool of candidates to serve in high-level positions within his administration. Whether because there are fewer people willing to work for him, or because he is only willing to work with fewer people, or some combination thereof, is unclear. But what is becoming apparent is that loyalty is the only qualification he values.

Donald Trump tweeted that he is now considering retired neurosurgeon Dr. Ben Carson to lead the Department of Housing and Urban Development.

I am seriously considering Dr. Ben Carson as the head of HUD. I've gotten to know him well--he's a greatly talented person who loves people!

This announcement comes exactly one week after Carson's business manager and close friend Armstrong Williams told The Hill that he was not interested in serving as the Secretary of Health and Human Services, because "Dr. Carson feels he has no government experience, he's never run a federal agency."

The same article noted Carson's name was also being floated as a candidate for Secretary of Education. Williams said that no specific position had been offered to Carson, "but everything was open to him."

And evidently remains so, despite Carson's reported assertion that he is unqualified for these roles — roles which each require wildly disparate areas of expertise. The person who would be qualified to run the HHS, the Department of Education, and HUD would be a unique person indeed.

Carson is not the only person in Trump's circle who has been floated for multiple roles. Rudy Giuliani, for example, has been alternately said to be in the running for Attorney General, Secretary of State, and Director of National Intelligence.

Trump is signaling that relevant experience is totally irrelevant to him. The only qualification he values is fealty.

And that is very concerning indeed, for a number of reasons, not the least of which being that a government run on sycophantic cronyism rather than competence is a government that serves the president's power, not the people's needs.

After exchange w Trump transition team, changed my recommendation: stay away. They're angry, arrogant, screaming "you LOST!" Will be ugly.

As my colleague Matthew Chapman previously noted: Trump's team were reportedly "unaware that the entire presidential staff working in the West Wing had to be replaced at the end of Mr. Obama’s term" — a shocking gap in knowledge about the most basic parts of executive administration.

Many of Trump's supporters voted for him specifically because he is not a career politician. But I fear they — and all the rest of us — are about to discover why the presidency should not be treated as an entry-level position.

And why there are significantly more important qualifications than loyalty.