Home National Trump is yet another man selected for Time's Person of the Year
Support progressive journalism.
Donate today 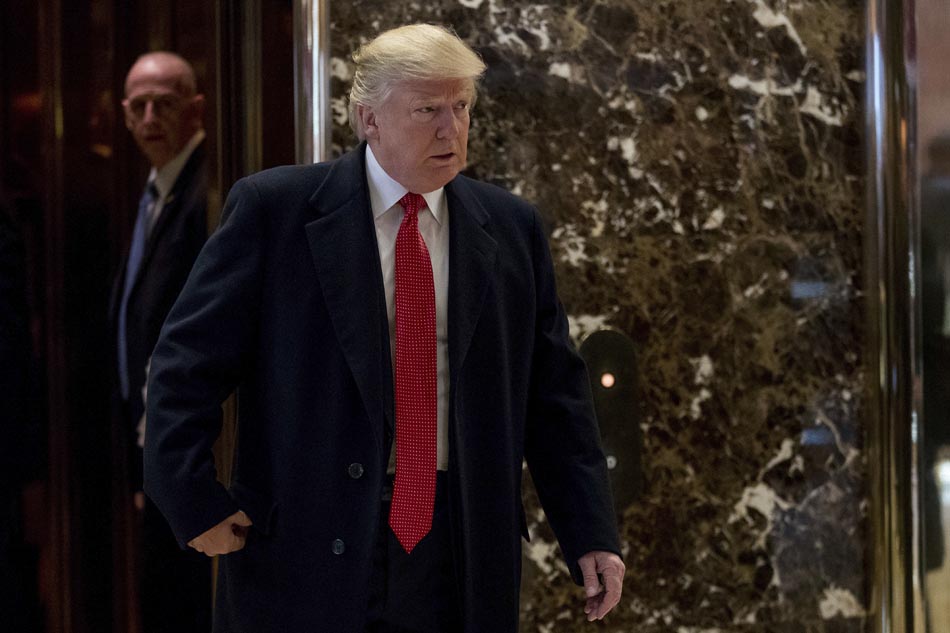 President-elect Donald Trump has been selected as Time's Person of the Year, continuing a nearly uninterrupted history of choosing men as the most influential people deserving of the cover.

Time has selected Donald Trump as its Person of the Year — an annual year-end honorific that Time is quick to point out does not necessarily signal an endorsement, but is recognition of unusual influence.

Until 1999, the designation was "Man of the Year," and was then changed to "Person of the Year," ostensibly to acknowledge that women influence the world, too.

But since that change, only one individual woman has ever appeared on the cover: German Chancellor Angela Merkel, who was selected last year. Before that, it was then-president of the Philippines Corazon Aquino — in 1986.

(Women have shared the cover on at least one occasion: In 2002, Sherron Watkins of Enron, Coleen Rowley of the FBI, and Cynthia Cooper of WorldCom shared the cover as "The Whistle-Blowers." Male honorees are generally not obliged to share the cover.)

While there is no doubt that Trump has certainly been a powerful force this year, it is a particularly bitter pill to see a man who brags about sexual assault and routinely traffics in misogyny be awarded the Person of the Year, when there is such a dearth of women who have been bestowed the title.

Especially when his opponent actually made significant history as the first woman ever nominated by a major party in the nation's history.

Hillary Clinton has graced the cover of Time in recent history. In March of 2015, she was featured on the cover, in silhouette, with the M in "Time" positioned in a way gave her appearance of sporting devil horns.

After being called out on it, Time's response was to post a short piece titled: "34 TIME Magazine Covers That Appeared to Give People Horns," linking to a Buzzfeed piece showing a similar thing happening to other cover figures, and concluding: "Any resemblance to cats, bats, or devil horns is entirely coincidental."