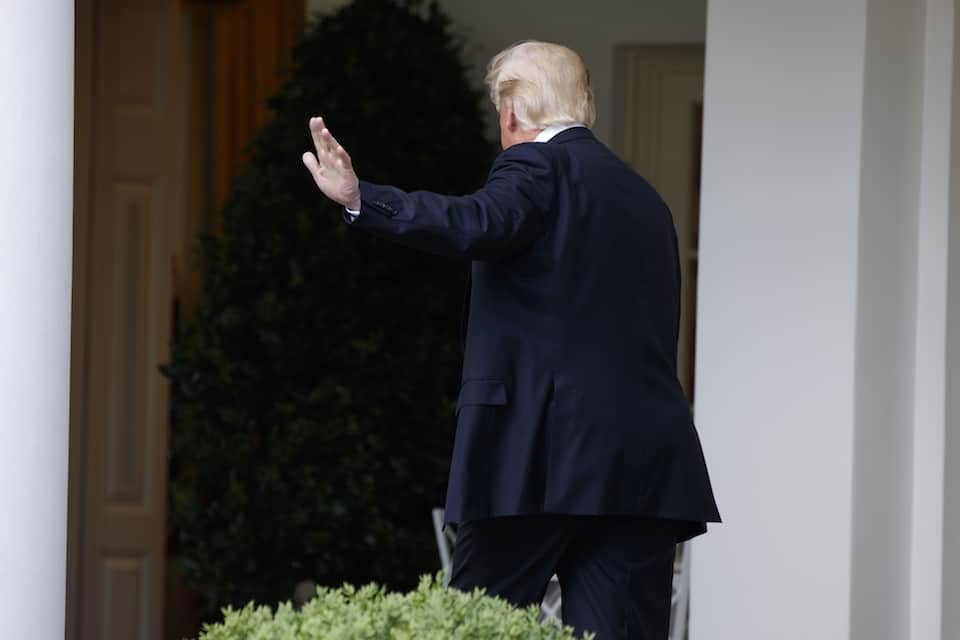 Donald Trump is gutting an office that police say is key to coordinating a national anti-drug policy, and destroying programs that experts say are needed to help opioid addicts, especially in the states that backed his presidential run.

As America faces a national crisis of opioid addiction and thousands of related deaths from coast to coast, the Donald Trump administration is about to effectively shut down a key agency that both addiction experts and law enforcement groups say is vital to helping these Americans.

Trump plans to cut the budget of the Office of National Drug Control Policy (ONDCP) from the $388 million that it received under President Barack Obama to a mere $24 million next year. Even more draconian cuts are in store for the high intensity drug trafficking areas (HIDTA) program and the drug-free communities support program, which would have their budgets cut from $250 and $95 million, respectively, to zero.

These programs came about as a result of the Anti-Drug Abuse Act of 1988, which was signed into law by President Ronald Reagan. In 2015, the Obama administration announced that HIDTA would be a central hub to combat the opioid problem, particularly heroin use, across the country. Last year, they announced an expansion of the program, noting, "This HIDTA Heroin Response Strategy is fostering a collaborative network of public health-public safety partnerships to address the heroin and opioid epidemic from multiple perspectives."

The communities support program is the largest drug prevention program in the United States, and funds 5,000 community coalitions operated locally all across the country. As Concord Monitor reporter Ella Nilsen noted, local police in her state of New Hampshire would "tell you how important these programs are to fighting the drug crisis here."

Rich Baum, the acting director of ONDCP sent a letter to the agency staff, decrying the "drastic proposed cuts," which he characterized as "heartbreaking." Baum also pointed out that the cuts are "at odds" with Trump's previous comments on the record in favor of fighting the opioid epidemic.

Indeed, in October of 2016, at a campaign rally, Trump said "we will give people struggling with addiction access to the help they need." But as previously seen in the health care bill passed by House Speaker Paul Ryan and the Republicans, Trump has undermined efforts to treat people suffering with addiction, even though the states that supported him have some of the highest addiction rates.

In February, when this cut was first floated, national groups reacted in terror at the prospect of undercutting so many addicted Americans.

The National Fraternal Order of Police, a conservative-leaning group who endorsed Trump for president, sounded the alarm. The group wrote a letter to Trump which explicitly stated:

It is the ONDCP that funds and oversees critical programs like the High Intensity Drug Trafficking Area (HIDTA) and Drug Free Communities programs. Without the ONDCP to help law enforcement agencies at every level to work together, we would have no way to set and coordinate a national strategy.

And a group of over 70 medical and drug policy organizations wrote a letter to Trump titled "Retain the Office of National Drug Control Policy" and co-authored by groups like Addiction Policy Forum, Johns Hopkins Bloomberg School of Public Health, Smart Approaches to Marijuana and the Major County Sheriffs of America.

The letter was pointed: "At a time when drugs now kill more people than firearms or car crashes, it is more important than ever for ONDCP to remain a strong voice in the White House and a visible presence nationally."

And in a powerful statement, Rep. Elijah Cummings (D-MD) — whose district includes much of the Baltimore, Maryland, region which has experienced severe drug abuse crises in the past — took Trump to task for the harm these cuts will do:

The Office of National Drug Control Policy, including the High Intensity Drug Trafficking Areas program and the Drug-Free Communities program, are some of the important tools federal, state and local law enforcement agencies have to fight the opioid epidemic. The programs allow agencies to share resources and best practices to address problems like heroin use and drug trafficking in our communities.

Many communities in my district, and across the country, will be harmed if we do not invest in these programs. We must have a comprehensive plan to tackle this crisis. There are lives at stake.

Americans are dying, and they and their families need help to combat these addictions. Trump is turning his back on his fellow citizens at their most vulnerable moments, and even ignoring the police who endorsed him in order to do so.