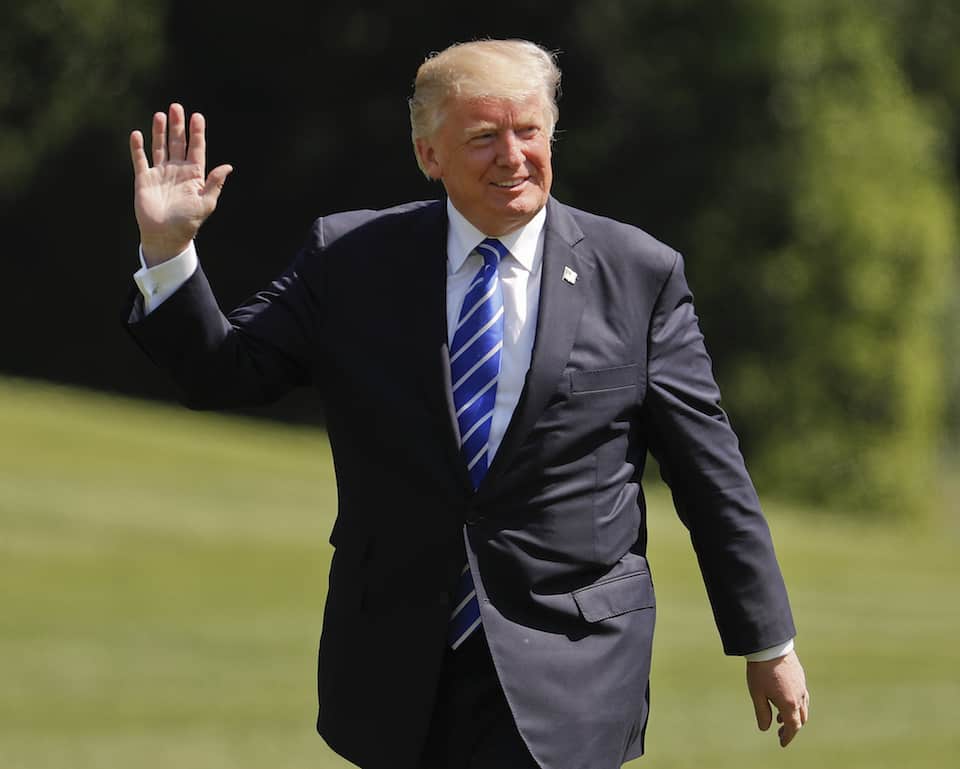 Donald Trump has put his $28 million Caribbean mansion up for sale, presenting a huge opportunity for an anonymous party to purchase the estate in exchange for political favors and influence.

Donald Trump has opened up yet another avenue of corruption by putting up for sale a $28 million mansion he owns on the Caribbean island of St. Martin, the Washington Post reports.

The beachfront estate, La Chateau des Palmiers, was listed for sale in April by Sotheby's International Realty, accompanied by an Instagram post making a nod to Trump by noting, "It’s huuuuuge!"

The Post describes the property as a "tree-ringed estate," with "nine bedrooms between the oceanside villa and garden villa, including a two-story master suite."

Trump has described the house as "the jewel in St. Martin’s crown" to Trump Organization clients, and said the building "is considered to be one of the greatest mansions in the world."

Five months into Trump's term and at the height of his notoriety, the decision has suddenly been made to sell the property, though the Post notes that Trump earned between $200,000 and $2 million from charging rental fees.

If it sells, Trump would be required to disclose the money he received in payment, but the purchaser could remain anonymous. The Post notes, "Public records in the French territory do not always show details of private property transactions," a provision that would help Trump collect funds quietly.

Arun Jagtiani, the owner of Island Real Estate Team, told the Post that the listed price overstates the value of the property by $10 million, adding, "If someone does pay anything close to the asking price, it will be because they are paying a premium to say they own a property that was once owned by President Trump."

An influence peddler could easily purchase Trump's property in exchange for political favors, and the public would not be aware of the faces and promises behind the transaction. Trump owns at least $250 million in property that could be used this way, to shuttle money into his pockets.

It is yet one more instance in which Trump seems entirely unconcerned with avoiding the appearance of corruption, instead embracing the mindset wholeheartedly.