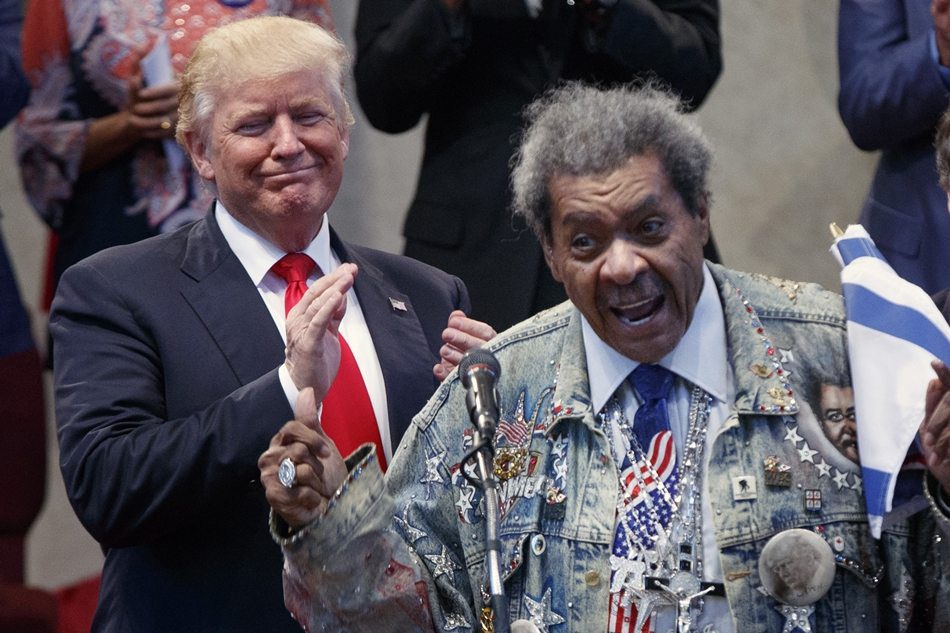 At a Cleveland Heights campaign event billed as a "town hall meeting on African American concerns," Don King made a troubling introduction to a candidate who is running an openly white nationalist campaign.

This clip is swiftly making the rounds:

Let me be clear: it is completely inappropriate when Don King uses the n-word in a church and everyone - including Trump - laughs.

Don King just introduced Trump at a rally referring to Michael Jackson and a "dancing and sliding and gliding n--ger." What have we come to.

"Well NOW I'm on board because Don King is on board." said no one who can read without moving their lips.

Don King was convicted of murder and pardoned. Don King was banned from the RNC by Reince Priebus. Don King is at a Trump event. https://t.co/123E1LdmWF

Compare the reactions of Gen. Flynn and the woman he’s sitting next to when Don King uses the n-word. pic.twitter.com/IKZ7edDU0S

Don King in 2014: "I have been a supporter of Secretary Clinton for a long time. She is a dynamic woman." https://t.co/qpdZUzT1j8

This is quite an election.