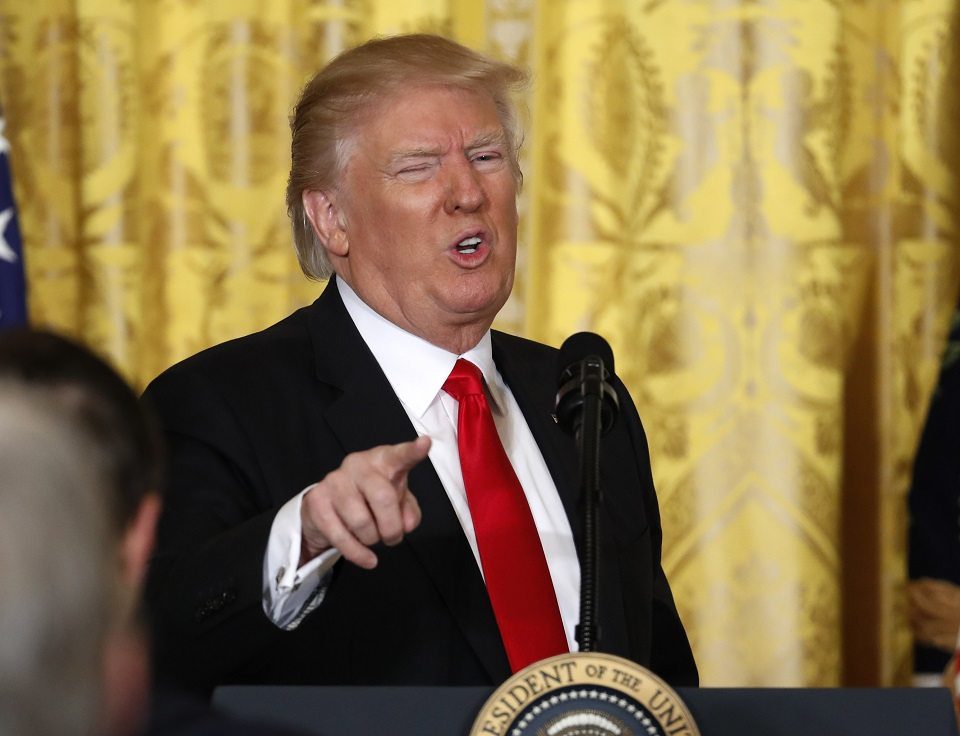 After a horrific terrorist attack in London, Donald Trump almost immediately started insulting the city's mayor — and he hasn't stopped.

As part of an hours long rage-fest on Twitter beginning at dawn, Donald Trump doubled down on his earlier attacks on Sadiq Khan, London's first Muslim mayor.

On Sunday, Trump mischaracterized Khan's comments to his city, accusing the mayor of being insufficiently alarmed by the attack.

On Monday morning, Trump amped up his attacks on the mayor:

Pathetic excuse by London Mayor Sadiq Khan who had to think fast on his "no reason to be alarmed" statement. MSM is working hard to sell it!

After Trump's first round of insults, a spokesperson for Khan responded in a statement, saying the mayor "has more important things to do than respond to Donald Trump’s ill-informed tweet that deliberately takes out of context his remarks urging Londoners not to be alarmed when they saw more police — including armed officers — on the streets."

In an attempt to clean up Trump's diplomatic mess from Sunday, Trump surrogate Kellyanne Conway gave an interview to the Today Show's Savannah Guthrie on Monday morning:

GUTHRIE: Does the president owe the London mayor an apology for tweeting a political attack in the hours after this terrorist incident and also misleadingly quoting him? Was that a mistake?

Of course, Trump managed to undo Conway's damage control by going after London's mayor yet again.

At any other time, it would be unthinkable for the president of the United States to be criticizing the leader of any city or nation in the immediate aftermath of a terrorist attack. Nonetheless, as we have seen happen again and again with Trump, the unthinkable has now become reality.

In what has become an undeniable pattern, Trump uses tragedy to lash out against anyone who does not share his extremist ideology, even when the targets of his anger are our closest allies. The question now is whether anyone in the administration or within the Republican Party has the courage to stand up and speak out against Trump's injurious and bizarre behavior.