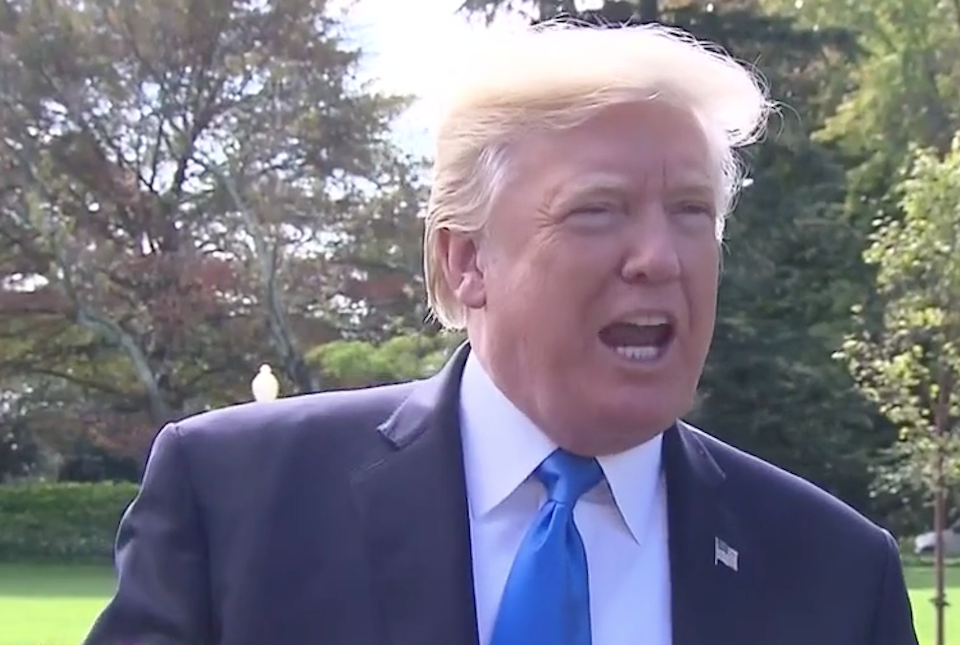 Trump's attacks on a senator from his own party have gone from ridiculous and petty insults to outright lies.

Donald Trump has been childishly lashing out at Republican Sen. Jeff Flake, and now he's resorted to utterly ridiculous lies.

Flake, the ultra-conservative junior senator from Arizona who has recently criticized Trump while still supporting Trump's agenda with his votes, announced on Tuesday that he will not seek re-election next year because of the toxicity Trump has brought to politics.

In Trump's desperate attempt to attack and dismiss Flake's criticisms, he claimed he'd never even heard of Flake — who has served in Congress since 2003 — and that he only learned about the senator from TV, when Flake's book came out in August of this year.

"He was against me from before he ever knew me," Trump said. "He wrote a book about me before I ever met him, before I ever heard his name."

That, as NPR reporter Jessica Taylor points out, is a complete lie, as the two men "had a confrontation during a GOP Senate meeting" during the presidential campaign.

Then, perhaps even more ridiculously, he said he assumed Flake was a Democrat — a mistake no one would ever make.

Trump's attacks on Flake have always been absurd. Despite Flake's public statements, he has been an extremely loyal Republican when it comes to supporting Trump's nominees and his agenda. That Trump would lash out at him — someone who is one of his most loyal allies — shows how unhinged Trump really is.