Home National Trump makes a mockery of the opioid crisis as his own voters...
Support progressive journalism.
Donate today 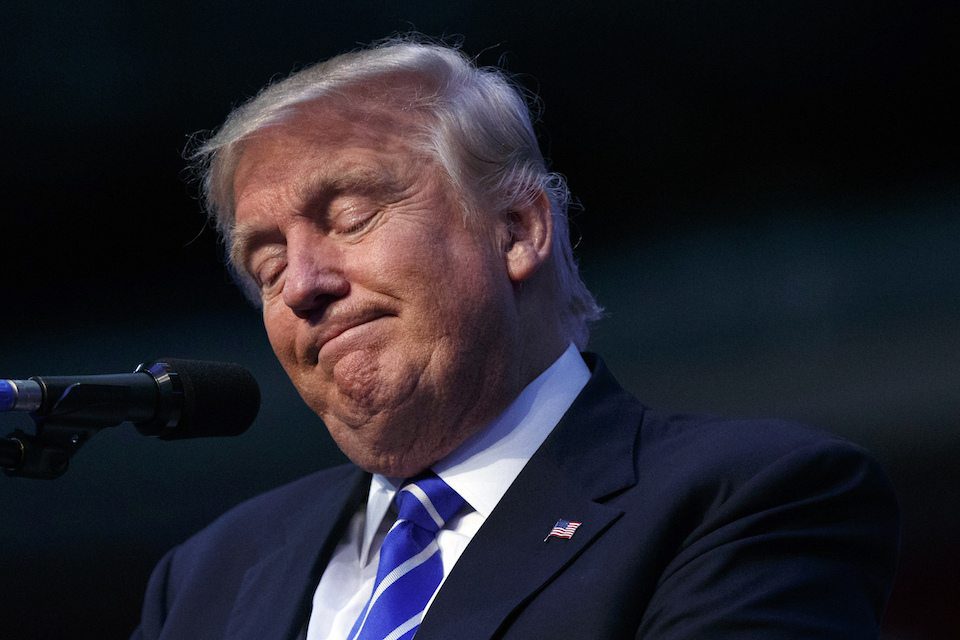 Trump made a promise to fight the opioid epidemic as a national emergency. He has not delivered.

Donald Trump has long promised action on the drug crisis ravaging rural communities and tearing families apart with death and loss — particularly in Appalachia, where his core base is anchored. During his campaign, he vowed one of his signature policies would be to “end the opioid epidemic in America.”

Fast forward to today. Trump has done barely anything for these communities. Indeed, some of his proposals and goals would actively hurt them.

On Thursday, the administration announced that the opioid crisis would be declared a public health emergency. This comes two full months after Trump promised that he would declare the crisis a much stronger “national emergency” designation.

While a “public health emergency” declaration is better than nothing at all, failing to declare a full national emergency means the Cabinet will have less authority and funding to help afflicted communities than it would have had. Public health emergencies also must be renewed every 90 days, while national emergencies need only be renewed annually.

His promises during his campaign resonated with those very voters he is now abandoning. Analysis shows that the higher the rate of opioid use in a county, the more people in that county voted for Trump — even though Hillary Clinton and Democrats actually had a far more comprehensive plan on substance abuse treatment and funding.

Trump’s bizarre delay, followed by a partial walk-back of his promise, is just the latest in a series of decisions that fail to live up to the rhetoric.

In August, Trump argued the best way to prevent opioid addiction was “by talking to youth and telling them: ‘No good, really bad for you in every way.’”

Former first lady Nancy Reagan taught us the hard way that “Just Say No” is useless — it infantilizes mental illness as a personal choice, and ignores the cultural problems and drug industry lobbyists that are causing people to Just Say Yes.

Moreover, Trump has still not named a drug czar to deal with the problem. His nominee, Republican Rep. Tom Marino, bowed out after journalists detailed his role in legislation weakening federal drug agents’ authority to check shipments of prescription narcotics.

All the while, Trump has pressured his congressional GOP colleagues to pass a bill repealing Obamacare. Every one of the proposed repeal bills would have slashed hundreds of billions of dollars from Medicaid, which is the nation’s main funding source for substance abuse treatment.

The one area of drug enforcement Trump’s Cabinet has taken seriously is marijuana, with Attorney General Jeff Sessions rumored to be planning a crackdown in states that have legalized its use. But studies show legalized marijuana actually decreases rates of opioid abuse and death — and a new Gallup poll finds even a majority of Republicans now think marijuana should be legal.

Trump built himself up as the man who would solve our nation’s drug emergency. Instead, time and again, he has abandoned the people who need his help most — and his shallow gesture today is a drop in the bucket next to his failures.