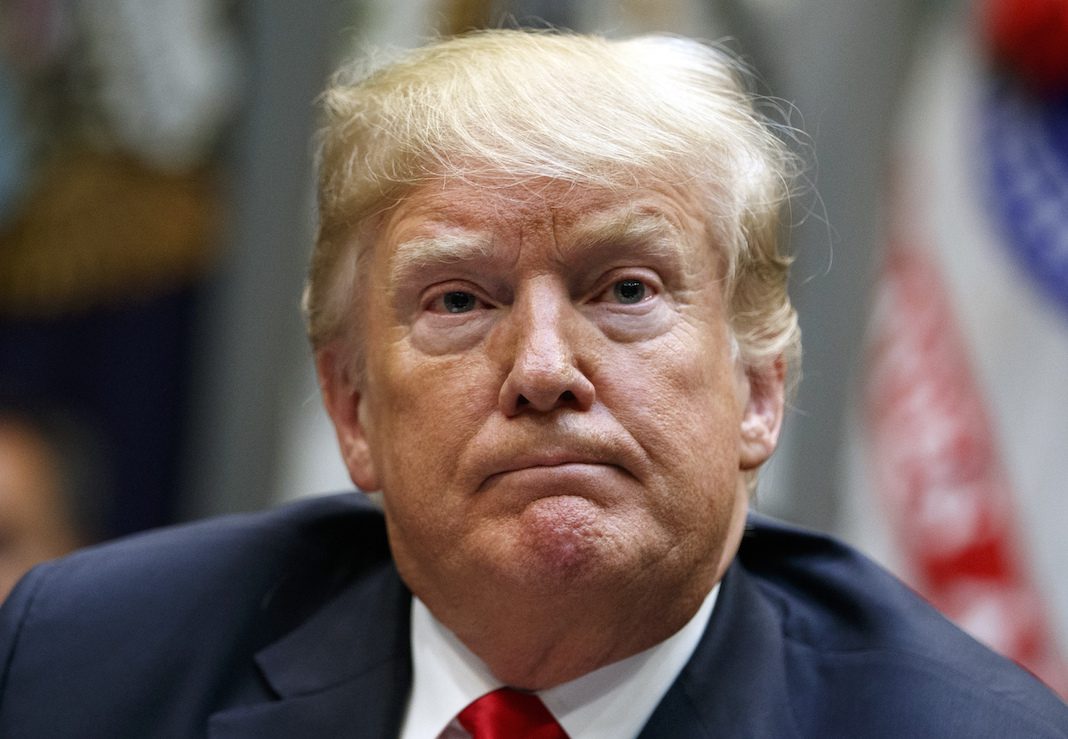 Trump tried to argue that Cohen 'said no collusion with the Russian hoax.' That's not what happened.

The last 24 hours have, gently speaking, not been good for Trump.

Fresh on the heels of his former right-hand man Michael Cohen giving Congress shocking details (and hard evidence) of Trump's many crimes, Trump gave an embarrassing press conference in Vietnam during which he was forced to admit defeat in his negotiations with North Korean dictator Kim Jong Un over denuclearization.

But Trump can never really let himself admit defeat, no matter how obvious it is that he has failed. He always tries to find a way to spin it into a glorious victory.

Which is why, during the Thursday press conference in Hanoi, Trump shifted gears to absurdly claim that Cohen's damning testimony was actually good for him — and that it even exonerated Trump on the question of whether he colluded with Russia to interfere with the 2016 election.

Trump told reporters that while Cohen "lied a lot," he did have one truthful moment: "He said no collusion with the Russian hoax. ... I was actually impressed that he didn’t say, well I think there was collusion."

This moment, Trump said, meant that Cohen lied only "about 95 percent instead of 100 percent" of the time during his testimony before the House Oversight Committee.

First of all, that's not what Cohen said about Trump and Russian collusion.

"Questions have been raised about whether I know of direct evidence that Mr. Trump or his campaign colluded with Russia," Cohen said in his opening statement. "I do not. I want to be clear. But, I have my suspicions."

Saying that he personally knows of no "direct evidence" isn't the same thing as saying there was "no collusion with the Russian hoax."

And after that line, Cohen went on to describe a moment he witnessed between Trump and his son, Donald Trump Jr., that made him suspect Trump was aware of the infamous Trump Tower meeting with Russian nationals to get dirt on Hillary Clinton.

Even more to the point, the rest of Cohen's testimony — which Trump dismissed as "lies" with no evidence — was devastating for Trump.

Cohen produced a check from Trump as evidence that Trump directed him to illegally pay off Stormy Daniels to keep quiet about her affair with Trump before the 2016 election, documentation that Trump had lied about his wealth when applying for a loan, and more.

And a few minutes of incisive questioning of Cohen from Rep. Alexandria Ocasio-Cortez (D-NY) may have laid the groundwork for Congress to finally see what's in Trump's tax returns.

Trump can try to spin victory from defeat all he wants, but he'll still have to contend with reality in the end.