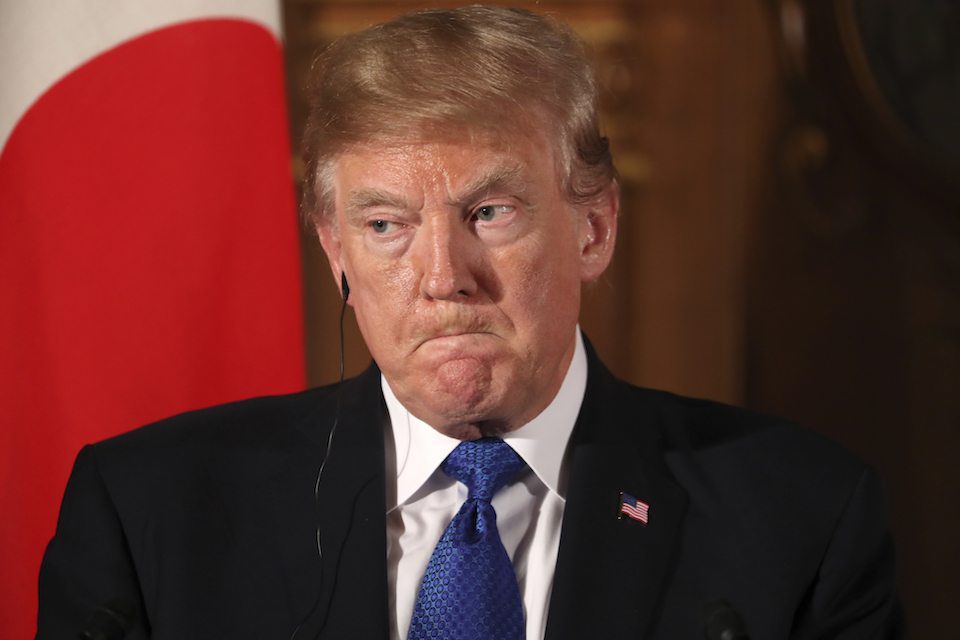 Trump prematurely declared 'mission accomplished' in Syria, but the bombings he unleashed have not changed the Syrian threat, while Trump remains under federal investigation.

Trump has declared "mission accomplished" after authorizing U.S. bombing of targets in Syria, but the situation remains as unresolved as it has ever been.

Trump also said the strike was "perfectly executed" and that he "could not have had a better result."

Reuters, however, reported that the strikes are "unlikely to alter the course of a multi-sided war which has killed at least half a million people in the past seven years."

The attack left Assad in power, did not threaten his power, and just like the strikes in 2017, is unlikely to have any impact on his capacity to use chemical weapons.

In reality the strikes were timed to Trump tweets and statements that ratcheted up the likelihood of military action but continue to show there is no strategy for dealing with Syrian aggression. There is no mission to be "accomplished."

The morning after the bombing, the Syrian government released video of a bombed-out research lab accompanied by footage of President Bashar al-Assad arriving for work. The video was captioned "morning of resilience."

Reuters also noted that according to Syrian allies, the buildings that were hit were evacuated in advance of U.S. strikes.

British prime minister Theresa May, who supported the strikes, noted in her address to her nation that the strikes were "limited and targeted."

Rep. Ted Lieu (D-CA) explained the futility of the strikes, writing, "In addition to the US attack being unconstitutional, the Pentagon has no real strategy in Syria. Last year's strike did not deter Assad. Why would this strike?"

He added, "And since @realDonaldTrump stated that US will not stay in Syria, the Russians, Iran & Assad can just wait us out."

The last round of strikes occurred as Trump began to face heat over his campaign's involvement with Russian operatives.

Trump operatives are now facing serious charges and prison time, while his own activities to cover up his past are continuing to come to light in court.

He issued a pardon out of thin air to reward a Republican operative who perjured himself, a sign to those who are being pressured to turn on him.

Now he has used the military to attack Syria, without any strategy or clear objective connected to the action. As an avid TV news watcher, Trump is aware that military events have a tendency to push other news out of the picture.

But none of this is truly working for him. His actions are being called out and challenged in real time, and the emptiness of his gambit is clear to millions of Americans.