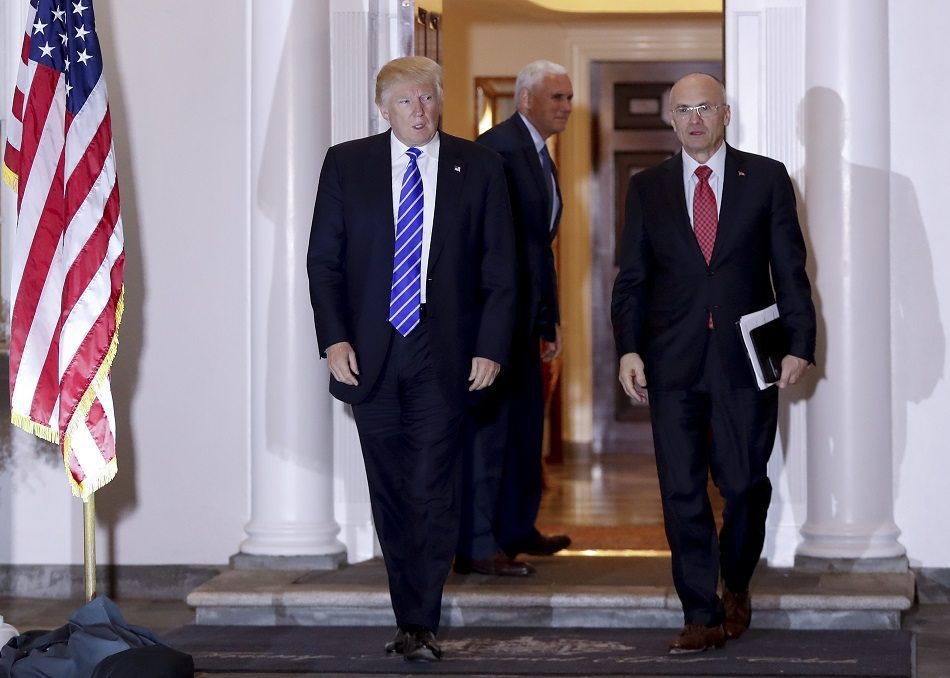 In yet another appalling staffing decision, Donald Trump has nominated Andrew Puzder, a fast-food CEO with a long history of disdain for and antagonism towards worker's rights, as his Secretary of Labor.

President-elect Donald Trump has nominated Andrew Puzder, the CEO of CKE Restaurants, as his Secretary of Labor.

Like many of his other staffing decisions, it is hard to imagine a worse candidate for the job.

Under his tenure at CKE, Carl’s Jr., one of the company’s brands, put out grossly sexist advertising, and, in his personal life, Puzder was accused in divorce filings of physical abuse by his former wife. He was "an anti-abortion zealot earlier in his career," and has been vocally critical of the Affordable Care Act as a "burden" and a "failure."

And in a common theme for this administration, Puzder seems to have been chosen mainly for his public hostility to the very duties and responsibilities of the job for which he has been chosen.

Fresh off publicly attacking a local labor leader who dared to criticize him, Trump has shown his disdain for America’s workers for the second time in the last 24 hours, picking a millionaire campaign donor and fast food CEO to lead the Labor Department. Andy Puzder strongly opposes raising the minimum wage, thinks paid leave and health insurance hurt his industry’s bottom line, doesn’t want more Americans to be eligible for overtime pay, and has called for rolling back many worker protection rules. He is even pushing for robots to replace the employees at his restaurants. Puzder is the poster child for Trump’s America, where the candidate says he’ll look out for America’s workers, then sells them out as soon as votes are cast.

And Senator Elizabeth Warren (D-MA) also pulled no punches in her statement on the pick:

Throughout his entire career, Andrew Puzder has looked down on working people. At Hardees and Carl's Jr., he got rich squeezing front-line workers on wages, overtime, and benefits, all while plotting to replace them with machines that are so much better than workers because they are ‘always polite' and ‘never take a vacation.' Appointing Puzder to run the federal agency responsible for protecting workers is a slap in the face for every hard working American family.

Puzder has shown resistance to mandatory break requirements for workers, and his company has paid out over $20 million in class action suits in the past eight years alone, in part over allegations that it failed to pay managers overtime. He has taken issue with minimum wage increases, while reportedly making 291 times more than the lowest paid worker in his company.

He is also a strong advocate for automation in the fast food industry, which would certainly lead to a loss of jobs for actual people — a decidedly odd stance for someone who will be responsible for supporting workers across the nation.

To people who support worker's rights, Puzder may seem like an absurd choice for Labor Secretary. But put alongside Trump's choice of school-privatization champion Betsy DeVos for Secretary of Education and fossil fuel ally and climate change skeptic Scott Pruitt for EPA head, the move makes perfect — and perfectly horrifying — sense.