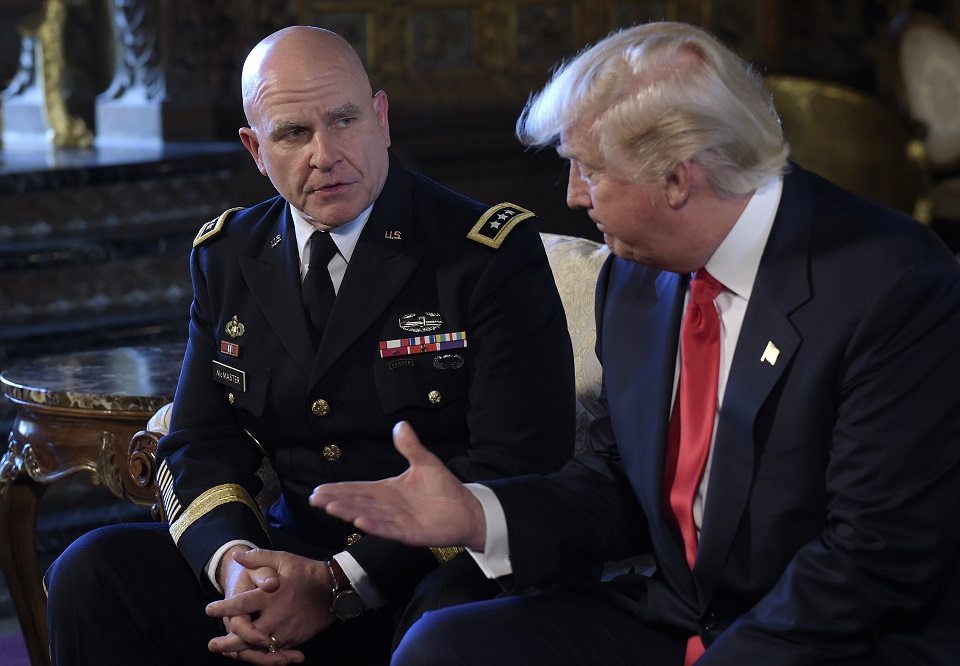 For years, conservatives smeared President Obama as weak on terrorism because he preferred not to use the phrase "Radical Islamic Terrorism," an incantation that Donald Trump and other Republicans insisted was key to defeating terrorism. Newly-appointed National Security Advisor H.R. McMaster has now exposed Trump's lie for what it is.

According to many Republicans, the phrase "Radical Islamic Terrorism" possesses such power that without its utterance at every opportunity, the United States would be doomed to failure in the fight against terrorism. That notion was at the center of years-long criticism of President Obama and Hillary Clinton, and a central pillar of Donald Trump's tough-guy posture during his presidential campaign.

Democrats like President Obama have explained over and over again, while acknowledging the perversion of Islam by groups like ISIS, that the use of such a term could potentially alienate Muslim allies, and serves no useful purpose.

Now, President Obama has a new and surprising ally in the person of Trump's National Security Advisor General H.R. McMaster, who made some familiar-sounding remarks during his first "all-hands" meeting of the National Security Council:

The adviser, Lt. Gen. H. R. McMaster, told the staff of the National Security Council on Thursday, in his first "all hands" staff meeting, that the label "radical Islamic terrorism" was not helpful because terrorists are "un-Islamic," according to people who were in the meeting.

That is a repudiation of the language regularly used by both the president and General McMaster’s predecessor, Michael T. Flynn, who resigned last week after admitting that he had misled Vice President Mike Pence and other officials about a phone call with a Russian diplomat.

That is quite the understatement by The New York Times, because Trump has done more than just "use" that language — he insisted that Obama's failure to do so was grounds for his resignation. But it would appear that McMaster has now exposed Trump as a liar, unless Trump intends to ask McMaster for his immediate resignation.

Trump's first month in office has been marked by the implementation and failure of a racist Muslim ban that depends heavily on the demonization inherent in Republicans' phrase but also by complete and total radio silence on acts of terrorism by white right-wing extremists and a failure to come up with a plan to fight the wave of anti-Semitic threats that have swept the country.

Trump's reliance on the phrase "Radical Islamic Terrorism" is more than just sloganeering — it is also crucial to enacting his hateful policies. But by casting it as a requirement in the fight against terrorism, he has left himself no room to permit McMaster's divergence. On the merits, McMaster and Obama have already proven Trump a liar on this count, and unless Trump fires his new National Security Advisor immediately, he will seem to be admitting as much.